Ian joined Informa (formerly UBM) in 2018 as the Editor of SHP. Ian studied journalism at university before spending seven years in online fantasy gaming. Prior to moving to Informa, Ian worked in business to business trade print media, in the automotive sector. He was Online Editor and then moved on to be the Editor of two publications aimed at independent automotive technicians and parts distributors.
December 7, 2020

Lightwater Valley Attractions Ltd has been fined £333,344 and ordered to pay costs of £16,183 after a child was left with life-changing head injuries after being thrown from a ride. 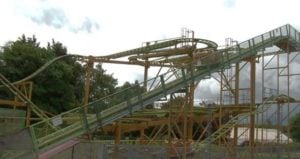 The incident happened at the theme park in North Yorkshire on 30 May 2019. The child was ejected from the Twister ride. North Yorkshire Police responded to a call at approximately 11:30am. A statement released at the time read: “The child was conscious when officers arrived at the scene and has been taken to hospital. His condition is not believed to be life threatening.

According to the HSE investigation, the theme park’s procedures for the ride stated that anyone between 1.2m and 1.5m tall must wear seat belts, but the procedure was not always followed. This was proven by CCTV footage and was mentioned in statements by members of the public. On examination of the restraining systems, many belts were not functioning correctly. On several occasions, the final position of the lap bar restraint allowed significant gaps to remain in the containment and did not fully contain smaller passengers.

Speaking after the hearing, HSE Inspector Andrea Jones said: “Our investigation found that the theme park did not implement suitable operating procedures and monitoring of ride operators in relation to the ride restraints.

“This was an entirely avoidable incident. Several children were put at risk and Lightwater Valley has now been held to account for their failings.”

The child’s mother said “the little boy I took to Lightwater Valley that day is not the same boy that woke up after the surgery. I still grieve for my little boy.”

At the time of the incident, the theme park issued the following statement: “We can confirm that following an incident on one of our rides this morning, a child is receiving treatment at a local hospital.

“We take the health and safety of our visitors very seriously and are committed to providing support to the affected family. We will continue working closely with the HSE and emergency services.

“The ride concerned will remain closed until a full investigation has taken place.”

In the days following the incident Ian Cunningham, Lightwater Valley’s Chief Executive, apologised to the boy’s family. He said: “Everyone at Lightwater Valley Theme Park is very pleased to hear that the condition of the young boy who fell from our Twister ride is improving.

“As a father myself, I can imagine only too well how it must have felt for everyone involved when the incident happened, and in the hours since. Our thoughts and concerns are completely focused on the child and his family at this difficult time.

“I would like to say how sorry I am personally for the upset and anxiety that this incident has caused. We are committed to offering our full support to the family.

“Establishing the cause of the incident is now in the hands of the authorities — we are co-operating fully with the Health & Safety Executive investigation that is now underway.

“Until the investigation is complete it will be too early and inappropriate for us to speculate on any aspect of the incident, or answer any specific questions about it.”

In 2001, a 20-year-old woman was killed on the same ride when she suffered head and neck injuries as two carriages collided.

A hearing in 2004 heard that faulty wiring was to blame for the incident. The park’s owners and an electrician admitted breaching health and safety laws and were fined a total of £157,000.

In 2017, owners of Lightwater Valley were fined £40,000 after a girl suffered horrific injuries on one of its rides. The five-year-old suffered crushing injuries to her ankle after her leg was caught in a gap between the carriage and the edge of a disembarking platform on a children’s rollercoaster.

Earlier this month, SHP reported that a fairground ride inspector had been fined after he issued a safety certificate for a rollercoaster without ensuring he had a crucial safety report for it. The ride at M & D Theme Park subsequently derailed causing serios injury to those on board.

Discover how you can advertise with us
Lightwater Valley Theme Park: £333,344 fine after child rollercoaster fall Lightwater Valley Attractions Ltd has been fined £333,344 and ordered to pay costs of £16,183 after a child was left with life-changing head injuries after being thrown from a ride.
Ian Hart
SHP - Health and Safety News, Legislation, PPE, CPD and Resources