After failing to complete its passage through Parliament at the end of 2019, the Environment Bill (“the Bill”) was back in Parliament on 30 January 2020. Jane Southworth, Partner, and Elodie Briere, Associate, at Eversheds Sutherland explain more.

Some of the measures introduced by the Bill include: 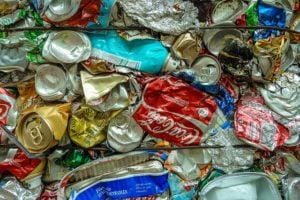 Building on the UK’s commitment to reach net-zero carbon emissions by 2050, the Bill empowers the Secretary of State to set legally binding environmental targets in the areas of air quality, water, biodiversity and resource efficiency and waste reduction. It also provides for environmental improvement plans to be drawn up, published and reviewed every five years.

Whilst it does not amount to a non-regression clause there is a new obligation on ministers when introducing new environmental laws to state that the new Bill will not reduce the current level of environmental protection or whether the minister is unable to make that statement but still wants to proceed with the legislation. It remains to be seen whether a stronger, unequivocal non-regression principle will be added as the Bill goes through parliament.

Another new provision is that the Secretary of State will be obliged to report every two years on significant developments in international environmental protection legislation. It will be interesting to see to what extent the government will be influenced by international and potentially EU developments despite Brexit.

Creation of the Office for Environmental Protection

A key element of the Bill is the creation of a new environmental watchdog – the Office for Environmental Protection (“OEP”) which will be responsible for monitoring the implementation of environmental law (including climate change legislation) by government, local and public bodies and for taking enforcement action should they fail to comply. Although designed to take on the role currently played by the European Commission in holding the government to account, criticisms have emerged as to the extent to which it will be able to actually do this.

Moving towards a circular economy model

In line with the development of legislation around single-use plastics, the Bill seeks to drive a shift in maximising resource efficiency, preventing waste and moving towards a circular economy model. Some of the key measures introduced by the Bill include:

With the Bill expected to play a crucial role in the government’s commitment to protecting and improving the environment for future generations, it is essential that companies understand their existing legal obligations and consider how their business will be impacted by future legislative developments.

I hope the Bill takes into account science based evidence, industry must wake up and be honest with what their true outputs are and not fake or past on to some 3rd party under contract. Figures can be fudged by big industry that only manage people, and it’s easy to impose on their supply chain to pick up the dollars. Will farming get relief from fly tipping responsibility? It’s too easy to send a bill to anyone that has a business with responsibility, I want local authorities to to have more authority to impose bigger fines than what are in… Read more »