Between 19 and 21 December 2018, hundreds of flights were cancelled at Gatwick Airport following reports of drone sightings close to the runway. The reports caused major disruption, affecting approximately 140,000 passengers and 1,000 flights. It was the biggest disruption since ash from an Icelandic volcano shut the airport in 2010. And in January this year, departures at Heathrow were suspended for about an hour after a drone was sighted. Short by comparison to the Gatwick incident – but still enough to cause severe disruption. 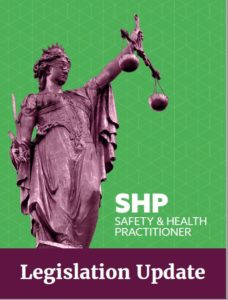 Now, a drone ‘no-fly zone’ has come into force, making it illegal to fly a drone within 5km of an airport, with major penalties for those who break the law. The change comes ahead of a new Drones Bill (set for later this year), which will give police significantly increased powers to deal with those using drones illegally. In March 2019, MPs announced an inquiry into the use of drones. The investigation, by the Science and Technology Select Committee, will examine the effectiveness of safety measures built into drones and what anti-drone technology is available. While the majority of drone users fly safely and responsibly, clearly more legislation is needed to ensure the police are able to deal with those using drones to cause disruption, or harm. It’s a global issue, with the European Commission announcing last June a new ‘EASA regulation’ to replace the 2008 framework. The forms include rules around registration for drone users in a bid to control the‘liabilities’ they pose in terms of data protection, privacy, noise and CO2 emissions.

Staying with the EU, Brexit is fast approaching an uncertain climax and continues to dominate the political and legislative landscape. This Update covers some of the relevant ‘EU Exit’ regulations that have been issued in recent months, aimed at ensuring that EU-derived protections will continue to be available in domestic law after the UK has left the EU.

The Health and Safety (Amendment) (EU Exit) Regulations 2018, for example,will amend 11 sets of regulations and one directly acting EU regulation, and include changes to (amongst others) the COMAH Regulations 2015, the COSHH Regulations 2002, and some regulations in the offshore sector. There are some who would have liked to seize the opportunity the exit from the EU could provide in terms of cutting through unnecessary red-tape, however these regulations show little sign of doing that. But while the EU Exit regulations are completely in line with existing EU rules, it is possible that future UK governments could change elements of the law and, potentially, create differences between EU and UK legislation.

Aside from Brexit, complying with health and safety legislation remains one of the most important responsibilities of any business. Failure to implement the right worker protections can, in the most extreme cases, cause loss of life, and lead to hefty fines or even imprisonment for those responsible.

We continue to read reports of sanctions and fines that have been issued for breaches of health and safety legislation, and there has been a marked increasein the level of fines imposed. The recent manslaughter guidelines from the Sentencing Council, which came into force in November 2018, may increase sentences in some gross negligence cases – such cases often apply in a health and safety context.

Now more than ever, senior executives need to ensure that they are not found culpable of cost cutting or completely disregarding the safety of employees, andensure they understand how boardroom decisions can impact the health and safety of their workforce.