The Government has unveiled a new safety symbol, which could replace the existing CE marking in the event of Britain leaving the EU without a deal. 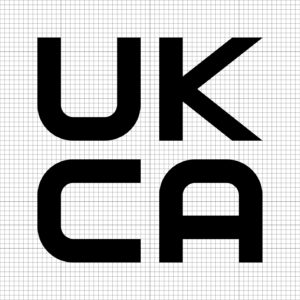 According to ministers, the rules around using the new UKCA (UK Conformity Assessed) symbol will mirror those which currently apply for the application of the CE mark.

The introduction of the new symbol comes just weeks before the UK is due to leave the EU on 29 March, with or without a deal.

The CE symbol is currently used on toys, machinery and electrical equipment to show that they are compliant with EU regulatory requirements.

According to the new guidance, the ‘majority of cases’ will be able to use the CE marking to demonstrate compliance and to sell products on the UK market after 29 March.

If products require third party assessment of conformity, and if this has been carried out by a UK conformity assessment body, then it adds manufacturers will have to apply the new UKCA marking after 29 March 2019.

This will not be the case if the certificate of conformity has been transferred to an EU-recognised body, in which case the CE marking would apply.

A spokesman for the British Standards Institution (BSI) said it welcomed the guidance and will continue to work with the government as negotiations progress.

“In the event that a UK Mark is required, it will be underpinned by the same British Standards as current legislation,” added the spokesman.

“Regardless of the outcome of Brexit, our membership of international and European standards organizations will ensure British industry, consumers and other stakeholders continue to be represented. We have been a leading nation in the development of standards for over a century, and will continue to work closely with other countries to deliver better business practices and safer products to consumers.”

But Arco’s Director of QSHE UK & Asia, Neil Hewitt, said the new marking will “create additional problems and complexity for UK industry” and increase costs within the global supply chain.

“As an organisation we believe Brexit does afford us the opportunity to review the health and safety regulations, as there are known issues with the CE Mark process, however, we believe improving current frameworks is a far more beneficial way to tackle compliance than creating our own marking system,” said Mr Hewitt.

“The Government has already confirmed that the UKCA mark will not be recognised on the EU market meaning products currently needing a CE mark will have to maintain this approval for sales in the EU. This will increase certification and potentially manufacturing costs as products sold in both markets will need to be conformity assessed for both the CE mark via an EU notified body and the new UKCA mark via a UK notified body.

“Overall, I believe this new marking system will create avoidable issues to both UK and worldwide manufacturers and importers and I would recommend the government obtains industry consultation on how to introduce it to minimise disruption.”

The full government guidance on the new UKCA marking is available to read here.

Access an extensive range of Taylor & Francis published resources, so you can learn more about how to create a safe and healthy work environment with SHP' exclusive health & safety bookshop.

Visit the SHP bookshop
Government unveils ‘no-deal Brexit’ UKCA safety markings The Government has unveiled a new safety symbol, which could replace the existing CE marking in the event of Britain leaving the EU without a deal.
Jamie Hailstone
SHP - Health and Safety News, Legislation, PPE, CPD and Resources

The CE Mark is not a safety mark. The CE marking only indicates the conformity of a product with the Union legislation applying to that product thus enabling it to be legally placed on the EU market.