Change afoot for work at height?

Despite an overhaul of the Health and Safety Executive’s work at height guidance in 2014, falls from height remain one of the main causes of fatal accidents at work. Laura White, Associate at Pinsent Masons LLP, says stakeholders should act now, rather than wait for the likely reform in working at height regulations. 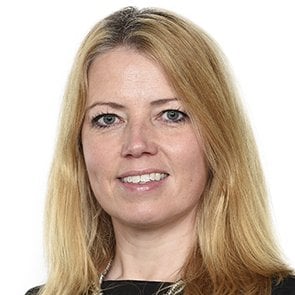 The Work at Height Regulations 2005 apply to all work where there might be a risk of a fall liable to cause personal injury and introduced a hierarchy of measures to be considered during the work at height process, with the aim of encouraging avoidance of work at height, where possible. Where it cannot be avoided, the best practicable means of ensuring the safety of those working at height must be used.

Since the introduction of these regulations, the UK has consistently had some of the lowest workplace fatality and serious injury rates in the European Union. Despite this, falls from height remain the single biggest cause of workplace fatalities.

Earlier this year, the all party parliamentary group (APPG) formed in October 2017 in a bid to “understand the root causes and propose effective, sensible measures to reduce this toll”, published its report “Staying Alive: preventing serious injury and fatalities while working at height“. That report points to the inconsistency of safety regulation across the UK, and highlights that there are “a number of complex and multi-faceted reasons based on culture, behaviour and competence” for falls form height, calling on the Government and industry to act to bring about a systematic and cultural change in attitudes to work at height, including an investigation into the suitability of legally binding financial penalties in health and safety, akin to civil sanctions available in certain environmental cases.

Five key recommendations are made by the APPG:- 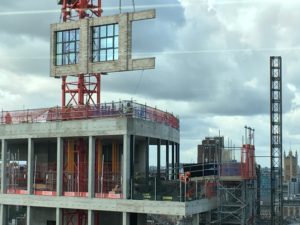 Under the current regime those convicted of health and safety failings can expect increasingly hefty fines and, for individuals, an enhanced risk of a custodial sentence. Fear of such reprisals can lead to the underreporting of incidents, however, with the result that important lessons are missed. Highlighting the ability of some agencies (for example the Environment Agency) to apply legally-binding civil penalties for certain offences, the APPG has called for a similar system for the work at height sector, encouraging “faster enforcement of regulations and …an improved culture of reporting incidents”.

This type of civil sanction has been considered, and rejected, in the past, however, amidst concerns that victims and their families would perceive it simply as big business avoiding their responsibilities by paying a fine. Such a scheme may also lead those who already under report to continue to do so, with the threat of civil penalties looming. There is some evidence, too, that the introduction of the Fee for Intervention scheme has brought tensions to Health and Safety Executive/duty holder relations, the impact of such civil penalties would have to be considered carefully; an effective health and safety regime relies on collaboration between the two, not increased animosity. Experience of the Fee for Intervention scheme also underlines the fact that for any such system to work it must involve a transparent, consistent and independent appeals process, particularly if relations are not to be further undermined. The HSE would also need to consider carefully the costs of implementation of such a scheme, with the FFI having been reported to be more costly to administer than is received back in fees.

Whilst the public interest is often best served by having a system that enables the regulator to achieve remediation or reparation, rather than proceed to a prosecution, proportionality and transparency in any response is essential if public confidence is to be maintained. This may well be achieved more successfully, however, by undertaking a wholesale review of RIDDOR, rather than by simply tacking on a discreet new process, which may well have unintended and unexpected consequences..

It’s worth noting that the report also highlights the fact that those carrying out a regular task can become complacent and inured to the risk and potential consequences of a fall – the “It will never happen to me” belief.  Responsibility for safety and health is not an obligation exclusively on the shoulders of an employer, however, and workers retain a duty to take reasonable care for the safety and health of themselves and others.  Failure to do so is a criminal offence.

Reform of the Work at Height regulations looks increasingly likely but stakeholders should not wait until then to review their risk assessments and ensure they have in place a safe system of work which prevents or at least minimises the likelihood of a fall.  As with all compliance policies and procedures it will not be enough to have in place what in reality amounts to a paper exercise only; there must be a culture of compliance which is fully supported and properly resourced from the top down.  Policies and procedures which are not so supported and which instead bear to be simply a tick box exercise do little to assist an organisation should the worst happen and it is charged with safety and health breaches.  Instead it may well be used as an aggravating factor on sentencing, as indicative of a poor culture of health and safety compliance.