BSI highlights importance of remaining in the European Standards System 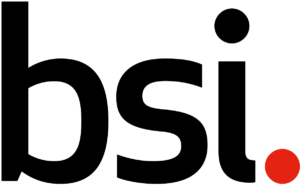 If the UK does not maintain its full membership through BSI, British industry may face more barriers to trade with the 33 member countries (EU, EFTA and accession states) and British stakeholders may lose their influence over the content of the standards used in those countries and by industries in the UK and worldwide.

Currently the UK is a leading nation in the international standards system, which is working towards one standard on any given industry issue, adopted in countries worldwide. Europe is the most developed part of the international system with experts from the member countries agreeing to adopt the same voluntary standard on any given industry issue. This has decreased the number of national standards across Europe from around 160,000 to just 20,000 European standards being used by all the members of CEN and CENELEC.

As a consequence, this has greatly reduced cost and complexity for industry and consumers, enabled business to operate easily across borders and increased market access as the single standard model, influenced by UK experts, facilitates trade in the 33 other member countries. It is for this reason that BSI’s industry and other stakeholders have expressed their strong support for the UK to remain committed to the adoption of international and European standards as the national standard, used as today. The BSI says its intention is to ensure that the UK is best placed post-Brexit to use its leadership position in international and European standards to deliver competitive advantage for UK industry.

UK government should commit to maintaining the current system of national standards supporting performance-based product regulation as this will ensure no barriers are placed in the way of the UK’s continued full membership of CEN and CENELEC.

To learn more, read the BSI’s document on ‘What Brexit means for industry standards’.

10 Years On: The Role of the Duty Holder/Client