Guidance issued on use of drone technology

The Safety Assessment Federation (SAFed) has issued guidance, which covers the use of drone technology and data to support thorough examination/inspection of various types of plant and equipment. 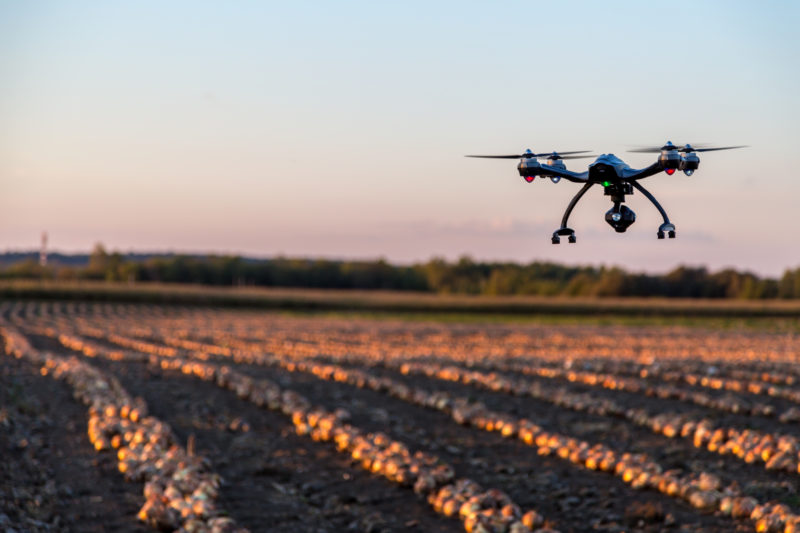 The document aims to guide the Competent Person in the application of drone technologies enabling the completion of the thorough examination/inspection.

Application of such technologies should be considered in circumstances where:

To read SAFed’s guidance on the use of drone technology in full, click here.

An investment of just £10 million to enable all recreational aircraft in the UK to become “electronically conspicuous” could be crucial to unlocking the full £42 billion potential contribution of drone technology to the UK economy. This is the conclusion of a report – Digitise the Skies – published by the think tank The Entrepreneurs Network, which also calls on the Government to appoint a “Minister for Drones” to oversee the growth of the drone economy.

The drone economy is set to be worth £42 billion to the UK by 2030, according to a separate report, by PwC. This will not be realised, however, without Government intervention to make all recreational aircraft electronically visible to drones, say Digitise the Skies’ co-authors Sam Dumitriu and Anton Howes.

Drones and commercial manned aircraft are made visible to each other and to novel traffic control systems by small onboard electronic devices that communicate their location to minimise the risk of collision. The UK’s 20,000 recreational aircraft, which typically operate in the same sub-10,000ft “Class G” airspace as drones, are not required to be electronically conspicuous – making mass rollout of commercial drone applications unviable on safety grounds – but could be made so at a cost of just £500 each.

“Unmanned passenger transportation is still some way off, but drones have the potential to make an enormous contribution to the UK economy. It’s ridiculous that further testing – and ultimately mass adoption – of potentially hugely impactful applications could be held up or prevented altogether, and the economic benefit lost, as a result of something so trivial,” said Dumitriu, Research Director at The Entrepreneurs Network.

Digitise the Skies highlights a wealth of potential drone applications, including most immediately in the inspection of airports, railways, roads, buildings, powerlines and other critical infrastructure, where using drones would dramatically decrease costs and improve efficiency by enabling problems to be identified and resolved more quickly. Drones could also cut costs and reduce environmental impacts in agriculture by enabling specific crops in need of special attention to be more easily identified.

More complex – especially given that UK airspace is already among the busiest in the world – but already being trialled, is the use of drones to improve access to hard-to-reach places for the delivery of food, medicine, or even just post. Even in densely-populated and well-connected areas, drones could help the NHS move testing kids, vaccines, blood bags, or even organs more quickly to where they are urgently needed.

Digitise the Skies calls on the Government to foot the one-off £10 million bill for equipping the UK’s recreational aircraft with electronic conspicuity devices, noting that the minimal investment could remove a major barrier to the advancement of drone technology and drone-led services and help make projections of a £42 billion drone economy by the end of the decade a reality. It would then be made compulsory for new recreational flyers to equip their aircraft at their own expense.

“The Department for Transport was already offering recreational flyers a 50% rebate on electronic conspicuity devices in a scheme that expires at the end of March – our proposal is merely a low-cost expansion and extension of this to solve an immediate roadblock to important innovation. This would just be toppling the first domino in the chain, but the Government will struggle to find anywhere else where an investment on this scale could deliver such an enormous return at 420,000 per cent,” Dumitriu said.

Governmental responsibility for the drone industry currently sits with the Parliamentary Under Secretary of State for aviation, maritime, and emergency planning. The Department for Transport currently has a Secretary of State, two Ministers – one for railways, cycling, and walking; another for HS2 – and two other Under Secretaries, one covering roads and the other the future of transportation, including decarbonisation, self-driving vehicles, and spaceflight.

“Our recommendation to create a junior ministerial role with specific responsibility for the drone economy comes from a desire to see this exciting and important sector treated with due seriousness, with barriers to innovation able to be dealt with quickly and decisively. The UK has the potential to be the first nation with already-crowded airspace to make drones a key part of its infrastructure, but this vision will never be realised if responsibility for the sector remains so deeply buried in DfT. It needs to be a much bigger priority,” said Howes.