The government has announced a new name and focus for the home of building safety, with the creation of the Department for Levelling Up, Housing and Communities (DLUHC). 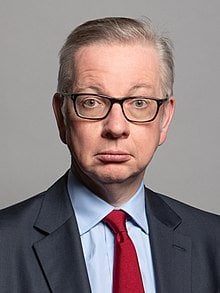 After an extensive reshuffle that saw the departure of Housing Secretary Robert Jenrick from the Ministry of Housing, Communities and Local Government, the Prime Minister has also expanded the Ministry’s remit, and changed its name in the process.

DLUHC is headed up by Michael Gove, and now includes the delivery of the levelling up agenda and responsibility for the union. Andy Haldane has been seconded into the Department in charge of a new levelling up taskforce. He was previously at the Bank of England and had only recently departed to head up the RSA.

Expanding the large policy role even further, Michael Gove will also have responsibility for UK governance and elections and takes on the additional title of Minister for Intergovernmental Relations, leading co-ordination with the devolved administration on the Prime Minister’s behalf.

Lord Greenhalgh retains oversight of fire and building safety as Building Safety and Communities Minister in the new Department, and as Fire Minister in the Home Office.

Click here for more on the Building Safety Bill.

SHP Webinar Wednesdays is back for 2021. A season of interactive health and safety webinars throughout September and October giving you the opportunity to learn about a range of key industry topics.

See the full schedule and sign up here...
Government creates new department for building safety The government has announced a new name and focus for the home of building safety after parliamentary reshuffle.
Barbour EHS
SHP - Health and Safety News, Legislation, PPE, CPD and Resources