Court of Appeal takes a leap in sentencing large companies 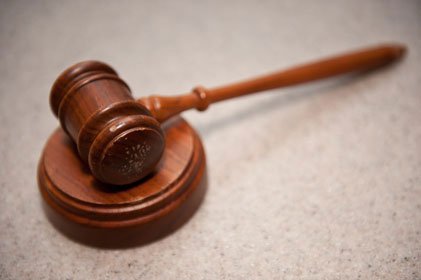 The Court of Appeal (Criminal Division) has handed down judgment on two appeal cases brought by companies contesting the level of fines each received.

The Court rejected both appeals, providing a clear message to the sentencing courts that could have significant consequences for all corporate defendants, particularly those with a large turnover.

The case concerned two appeals. The first was brought by Sellafield Ltd, a nuclear waste management company with a turnover of £1.6 billion. Sellafield pleaded guilty to offences arising out of the disposal of radioactive waste and received a fine of £700,000. Second, was Network Rail, with a turnover of £6.2 billion, pleaded guilty to a health and safety offence for failing to make safe a private rail crossing, which led to a car being struck by a train, inflicting very severe injuries on a ten year old boy. The company received a fine of £500,000.

The Court was asked to consider that the fines imposed in both cases were too high; the main argument put forward was that fines of that nature should only be reserved for very serious incidents particularly those involving the loss of life. In reaching its decision the Court sought to apply the general principles of sentencing set out in the Criminal Justice Act 2003 having regard to the level of punishment needed to create a safer environment for employees and members of the public; and the financial circumstances of the defendant.

The Court stated: “Where a fine is to be imposed a court will therefore consider the seriousness of the offence and then the financial circumstances of the offender. The fact that the defendant to a criminal charge is a company with a turnover in excess of £1 billion makes no difference to that basic approach.”

The reason for the fines

The two cases presented two very different levels of risk for the public. It was accepted in the Sellafield case that the level of risk was very low and the perceived risk of harm was quite small. In contrast the failures of Network Rail resulted in life changing injuries to a ten year old boy and were readily foreseeable as safety failings had been identified previously and not acted upon due to technical oversight (these problems were rectified soon after the incident).

Despite the stark difference in offences it was Network Rail that received the lower fine and, while the Court did not reduce Network Rail’s fine, it reasoned that the corporate structure of Network Rail meant that any fine would inflict no direct punishment on anyone and in fact any shortfall may have to be met from public funds. Network Rail is a not for dividend company; its members appoint directors who are directly accountable to them. Profits do not go to shareholders but rather are reinvested into the rail network to benefit a significant piece of public infrastructure. However, the Court of Appeal was very clear that a fine of £500,000 imposed for this type of offence represented a very generous discount for the mitigation advanced and had the fine been greater there would have been no basis for criticism.

On the other hand, Sellafield is a company owned by a consortium of three major multinational companies. It therefore seeks to make a profit for the benefit of its shareholders. The Court acknowledged that a financial penalty would therefore directly affect the shareholders and that it needed to be such a significant penalty to send the appropriate message.

The Court felt that a fine starting at £1m (before credit) was not the preserve of a major disaster and despite agreement that the fine would send the right message it did make reference to a fine of this size being ‘.only a little more than a week’s profit and about 2% of its weekly income.’

This decision looks set to have major ramifications for those large companies with significant turnover. Previously, despite the clear sentencing principles and case law requiring the appropriate ‘message’ to the shareholders, the courts seemed to always adhere to a maximum threshold of financial penalty even for the most serious offences. This meant that large companies could absorb the penalty without consequence to its financial performance; arguably failing to have the impact it should.

The days where a large company can turn up to court and simply indicate to the sentencing judge that it can pay any reasonable fine may be gone. The Court of Appeal has stated that in every case the sentencing court needs to understand the corporate structure before settling on the financial penalty – this may require providing company accounts and other corporate information to provide a full picture of the way the company is set up. This means that for all large companies the landscape of criminal fines may have changed.

How is technology transforming health and safety?