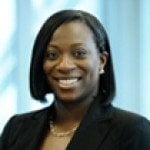 Kizzy is a Partner in the Fraud and Criminal Litigation team at Russell-Cooke LLP and she is leading our Health and Safety practice in London. She spent the last nine years at international law firm Pinsent Masons LLP specialising in the defence of criminal regulatory investigations, in particular health and safety / fire safety related matters.
September 14, 2015

Health and Safety at Work Act

The effectiveness of the Health and Safety at Work Act

Four decades and counting – an analysis of the effectiveness of the Health and Safety at Work etc Act 1974. 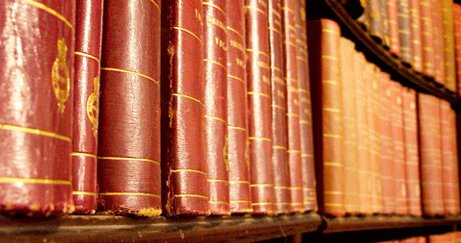 In 2014 the Health and Safety at Work etc Act 1974, the primary piece of legislation covering occupational safety and health in the UK, celebrated its 40th anniversary. Prior to its enactment, some industries were overly burdened with uncompromising rules whilst others were subject to little or no regulation.

The Health and Safety at Work Act was conceived following consideration by the government that a broader and less prescriptive regulatory regime was required on the basis that ‘those that create risk are best placed to manage it’.

How important is the Health and Safety at Work Act?

The Health and Safety at Work Act imposes a range of duties on employers, the self employed and employees, as well as others such as designers, manufacturers or suppliers of articles and substances for use at work. It is an important and overarching piece of legislation, as it provides the legal framework to promote and encourage high standards of health and safety in the UK by seeking to reflect the law of the European Union on workplace health and safety. Specific issues that are applicable to particular industry sectors are set out in more detail in subsidiary regulations.

Has the act been effective?

In creating the Health and Safety at Work Act, the government consulted and engaged with employers and employees for the first time in order to develop a health and safety system for modern Britain.

This consultative approach had its advantages – it aimed to simplify the existing health and safety framework, promoted legislation that had real practical application and it helped to raise awareness of health and safety issues in the workplace.

The Health and Safety at Work Act also gave rise to the formation of the Health and Safety Executive (HSE), which was established to absorb a number of different regulatory and scientific organisations. With the help of specific initiatives, most recently the introduction of “Fees for Intervention” which enabled the HSE to recover its costs for carrying out its regulatory functions from those found to be in material breach of health and safety law, the HSE joinsHealth and Safety at Work Act in celebrating its fourth decade.

Despite some criticism, the HSE continues to research the effectiveness of relevant legislation by consulting with a number of industry advisory committees to develop its policies and by advising the government on health and safety. This type of collaborative approach should continue to ensure that the HSE policies and health and safety legislation accurately address the issues faced by today’s key industries.

Although the intention to simplify matters may well have been realised in its earlier years, the Health and Safety at Work Act cultivated an excessive amount of secondary legislation, ACOPs and guidance documents.

In 2010, the government finally intervened to reduce the burden that the health and safety system seemed to place on British businesses. There is no doubt that the Health and Safety at Work Act has stood the test of time and is still viewed as the “go-to” piece of legislation by which health and safety is governed.

Businesses owe a duty of care to safeguard health and safety at the workplace and they must have an awareness of the main provisions of the Health and Safety at Work Act and subordinate regulations relevant to their activities.

The primary purpose of the Health and Safety at Work Act should be to help prevent death, injury and ill-health within the workplace – not simply to prosecute offenders – and this objective should not be forgotten, despite the increased amount of health and safety prosecutions, particularly of individuals, in recent years.

In order to reduce the risk of prosecution and maintain a preventative approach to health and safety, businesses should:

It cannot be denied that Britain has become a safer place for workers since 1974. The degree to which that fact is attributable to the Act versus other factors, such as the general shift away from heavy industry towards a service economy, is debateable.

However, official government figures from the United States, a country with approximately five times the population of Britain, reveal that there were almost thirty times more workplace deaths in that country in 2014 than in the UK.

We should also consider the success of the London Olympic Park, which was constructed without a single fatality, as opposed to the estimated 1,200 workers that have died since Qatar began constructing its 2022 World Cup stadiums.

Although such statistics are of little solace to those who have lost family members, friends and colleagues in the UK, it cannot be denied that Britain has consistently recorded some of the lowest levels of workplace injuries and fatalities in the world in recent years.

The Health and Safety at Work Act has successfully served to raise the consciousness of safety and health issues amongst employers and workers in Britain, although many will suggest that there has been little focus on “health” and more emphasis on “safety”.

Although the Health and Safety at Work Act is used by the HSE and Local Authorities for enforcement purposes, it primarily remains a useful tool to protect employees and the public from work activities, whether faced with prosecution or not.

Kizzy Augustin is a senior associate and Oliver Brooks is a solicitor in the regulatory team at Pinsent Masons LLP.

The change in the types of jobs people do over the past 40 years has made work safer because people are now more likely to be sat in an office than working down a coal mine – we are finding that many organisations are beginning to dedicate more time and resources to Health, Wellbeing and Behavioural Safety initiatives to further improve their overall Health & Safety performance.

It may not be perfect but it is the bedrock of good practice in the UK and an example globally. We can debate the role of HSE and the effect (often negative) of politicians, but they are secondary to this clear fact.

As a small business owner I must admit I am extremely happy to hear that health and safety is being taken so seriously by the law and that it’s being successfully implemented by businesses. Health and safety within the workplace is such an important issue which I believe has at times, been massively overlooked through the years. In some of my previous jobs, before I was lucky enough to be where I am today, health and safety was not taken very seriously at all, and this most definitely worked to our detriment (mine and my colleagues’). I actually believe so… Read more »

“The UK developed an effective piece of legislation that has subsequently been emulated by countries around the world.” Yes, but you have not updated it in over 40 years! It is grossly outdated and borderline medieval in some aspects, compared to countries like Australia whos Act has been changed and updated several times in the past 30 years. Lets take one part for example. Rest breaks. Youre entitled to one 20 minute rest break if you work 6 hours or more. That is it. Many businesses provide adequate rest breaks but there are a lot that just follow the minimum… Read more »

What date was this published please?

You see Steven, I agree, I work at a restaurant and we have modules to complete often to do with health and safety within the restaurant and we know directly how to deal with every situation which shows the improvement of the Act.