Charlotte Geoghegan is Event Manager for Safety & Health Expo, Workplace Wellbeing Show and SHP at Informa Markets. She is responsible for content, strategy and sales of physical events and digital products. She is also an active member of the Women in Health and Safety committee. Before Charlotte went into this role she was Head of Content for the Safety & Health Expo, SHP, IFSEC, FIREX and the Facilities Show. She joined Informa (previously UBM) in 2015. Charlotte has spent 10 years in media & events and her academic background is in modern foreign languages. You can find her on LinkedIn here https://www.linkedin.com/in/charlottegeoghegan1/
January 3, 2019

women in health and safety

“The biggest regret in my career wasn’t failing to meet a financial target but in fact exceeding it, at the expense of making people redundant.”

Tony Vickers‐Byrne, Chief Adviser for HR Practice at the CIPD and previously Chief Adviser for Diversity and Inclusion and Staff Wellbeing at Public Health England, was addressing a Women in Health and Safety ‘Inclusion at Work’ event in November 2018, hosted by Mace and supported by Pinsent Masons in London.

From targets-driven director to inclusivity champion

A passionate inclusivity champion, Tony told the Women in Health and Safety audience how his outlook has developed over the course of his 25 years as a director.

“When I was a Facilities and HR Director in a large NHS hospital over 20 years ago, I was given a target of making a 20% saving by outsourcing services. Not only did I do it, I went one step further and made savings of 26%. I was lauded for it at the time. But I never thought about what made up that extra 6%. That 6% was probably equivalent to 15 redundancies with the inevitable impact upon the staff and their families. And at the time, that thought never crossed my mind.

“And now I spend most of my time working on diversity. If somebody with my experience and background can learn to always put human beings before systems and process, then everyone can.

“A lot of HR people from my generation were trained to be cynical, to try to catch out the small percentage of staff who broke the rules. I was asked by another Chief Executive to be the organisation’s policeman, to make sure everyone followed the rules. I left the organisation soon after.

“Nowadays I spend a lot of time encouraging people to collaborate and to work closer together.”

“It’s easier to be intelligent than kind.”

“Kindness is hard. Looking out for yourself is instinctive. We’re wired by evolution to surround ourselves with people similar to ourselves. But anyone can be open‐minded and kind at work, if their leadership say that’s how it should be.

“At Public Health England we have a vision: ‘Working in an environment where you can bring all of yourself, every day, to a workplace which is fair, inclusive, safe and supportive’.

“Any network we’ve been asked to set up, we’ve said yes to. And my job wasn’t to lead them, it was to enable them. They’re all led by passionate staff and they have helped develop our policies and action plan for diversity & inclusion. Here are some examples of the initiatives in the action plan:

“The networks came up with big push to make sure every manager had diversity and inclusion in their targets, including medical and dental consultants. Nobody challenged it, how can you say you shouldn’t be reducing the gender pay gap, or ensuring all staff respect each other?

“I don’t talk about the business case anymore, because it’s just the right thing to do. People are sick and tired of tough management. The most important thing is being human. Everything has got to be underpinned by effective leadership and a compassionate mindset.” 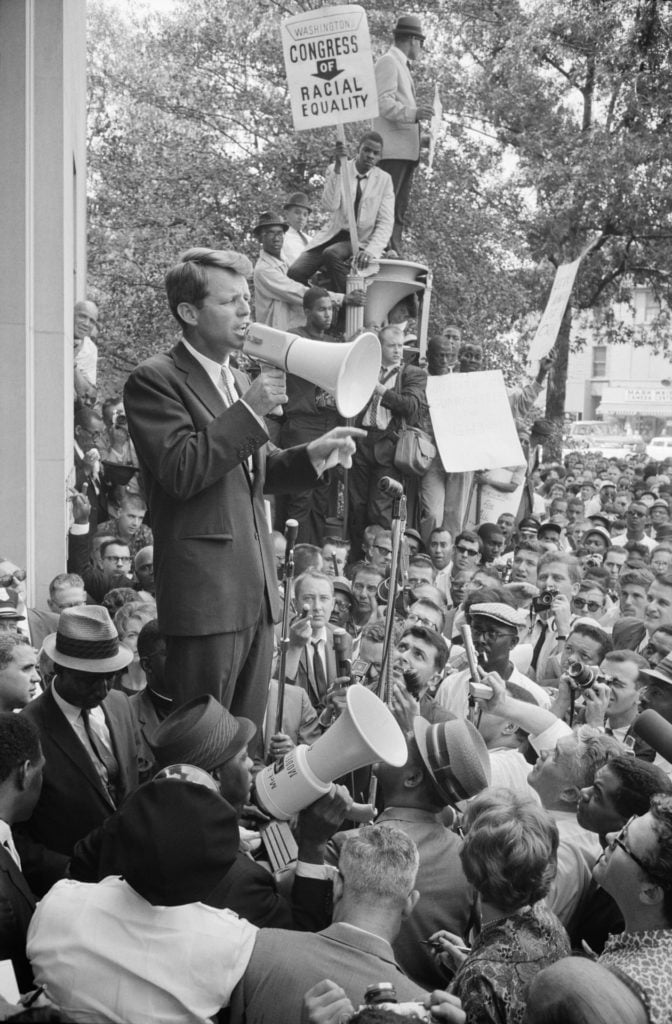 Tony left us with a quote from Robert F. Kennedy in 1968, two weeks before he was shot dead.

It counts special locks for our doors and the jails for the people who break them.  It counts the destruction of the redwood and the loss of our natural wonder in chaotic sprawl.

It counts napalm and counts nuclear warheads and armored cars for the police to fight the riots in our cities.  It counts Whitman’s rifle and Speck’s knife, and the television programs which glorify violence in order to sell toys to our children.

Yet the gross national product does not allow for the health of our children, the quality of their education or the joy of their play.  It does not include the beauty of our poetry or the strength of our marriages, the intelligence of our public debate or the integrity of our public officials.

Compassionate leadership at Public Health England “The biggest regret in my career wasn’t failing to meet a financial target but in fact exceeding it, at the
Charlotte Geoghegan
SHP - Health and Safety News, Legislation, PPE, CPD and Resources

Women’s health – We need to do more

‘Some people will hit a crisis level in their wellbeing, and we need to help them prepare for that’