Jamie Hailstone is a freelance journalist and author, who has also contributed to numerous national business titles including Utility Week, the Municipal Journal, Environment Journal and consumer titles such as Classic Rock.
August 2, 2018

Facebook has introduced a new tool to limit how much time people spend on their apps, as a new report reveals Brits check their smartphone every 12 minutes. 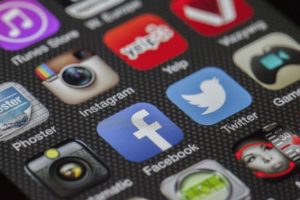 The new tools have been developed in collaboration with mental health experts and users following concerns about spending too much time on social media.

Both Facebook and Instagram users will now be able to opt-in to view an activity report via the settings page on either app.

By tapping either “Your activity” on the Instagram app or “Your Time on Facebook” on Facebook, users will be able to see much time they have spent on the apps on each of the past seven days.

There will also be an option for users to set an alert notifying them when they have spent a set period of time on the app, and to set a timer to switch off push notifications for periods of 15 minutes to eight hours.

“We are keen for social media companies to be part of the solution when it comes to making their platforms more positive places for mental health and wellbeing, so it is very encouraging to see Facebook and Instagram taking steps in the right direction by implementing these measures,” said the Royal Society for Public Health’s External Affairs Manager, Ed Morrow.

“We would like to see settings that help people manage their use and promote positive mental health and wellbeing enabled by default and prominently signposted, rather than leaving the responsibility with users to opt-in to changes that may be buried and hard to access, or that need to be repeatedly reactivated,” he added.

The announcement by Facebook and Instagram comes as a new report by Ofcom claims more people in the UK are dependent on digital devices and need a constant connection to the internet.
According to the watchdog, people now check their smartphone, on average, every 12 minutes of the waking day.

The report also found that two-thirds of adults (64%) say the internet is an essential part of their life.

One in five adults (19%) say they spend more than 40 hours a week online, an increase from 5% just over ten years ago.

And around a third of people say they feel either cut off (34%) or lost (29%) without the internet, if they can’t get online, and 17% say they find it stressful. Half of all adults (50%) say their life would be boring if they could get online.

“Over the last decade, people’s lives have been transformed by the rise of the smartphone, together with better access to the internet and new services,” said Ofcom’s Director of Market Intelligence, Ian Macrae.

“Whether it’s working flexibly, keeping up with current affairs or shopping online, we can do more on the move than ever before. But while people appreciate their smartphone as their constant companion, some are finding themselves feeling overloaded when online, or frustrated when they’re not.”