Jamie Hailstone is a freelance journalist and author, who has also contributed to numerous national business titles including Utility Week, the Municipal Journal, Environment Journal and consumer titles such as Classic Rock.
November 29, 2018 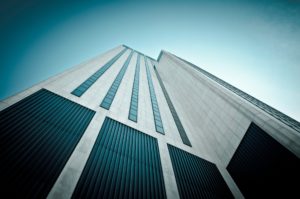 The ban means combustible materials will not be allowed on the external walls of new buildings over 18-metres containing flats, as well as new hospitals, residential care premises, dormitories in boarding schools and student accommodation over 18-metres tall.

Schools over 18 metres which are built as part of the government’s centrally delivered build programmes will also not use combustible materials, in line with the terms of the ban, in the external wall.

In addition, housing secretary James Brokenshire said he will take action to speed up the replacement of unsafe cladding, like the type used on Grenfell Tower.

“Everyone has a right to feel safe in their homes and I have repeatedly made clear that building owners and developers must replace dangerous ACM cladding. And the costs must not be passed on to leaseholders,” said Mr Brokenshire.

“My message is clear – private building owners must pay for this work now or they should expect to pay more later.”

The plans were originally announced by Mr Brokenshire at the Conservative party conference in October.

The ban comes as the Fire Protection Association calls on the Government to consider the role that toxicity should play in product approvals.

The Association has today launched a report detailing initial research that could assist the government’s decision on the future use of combustible materials in the construction of buildings, which is due imminently.

The report investigated the effects of toxic fumes generated by certain cladding combinations in designs still permitted by building regulations – and the effect this has on the people occupying buildings when fire breaks out.

“The results of our study show that current regulations may not adequately protect occupants from the potentially toxic fire gases from materials burning on the outside of buildings. Some current common cladding material combinations were shown to present less of a threat than others. There is certainly a need for further study.”