It’s a line up of the highest calibre at this year’s Safety & Health Expo 2017, with the three inspirational speakers announced as Dame Kelly Holmes DBE, Professor Brian Cox OBE, and Simon Weston CBE.

Having the passion, compassion and courage to succeed 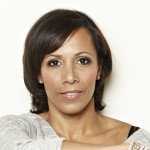 Double Olympic gold medallist, Kelly Holmes, will be kicking off the event at ExCel London on the morning of day one (20 June), sharing her secrets to success: passion, compassion and courage.

Having dealt with physical and mental illness, Kelly Holmes has always had a special place in the heart of British athletics as she became only the second woman in history to claim the 800m and 1500m titles in the same Games.

Dame Kelly has backed mental health campaigns, sharing her own struggles to help others. Safety and Health Expo is delighted to announce that Dame Kelly will also be joining the SHP debate on mental health on the first day of the exhibition.

Awarded an MBE for services to the British Army, Dame Kelly is Vice President of the Women’s Sports Foundation, an Ambassador for London 2012 and patron of several charities.

Uniting the world through science 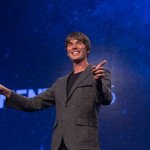 Arguably the UK’s best known physicist, Professor Brian Cox’s, has wowed audiences around the world at how accessible science can be.

Once the keyboard player for D:Ream, he has come a long way to his position as Professor of Particle Physics at Manchester University and a key part of the ATLAS and the CERN Large Hadron Collider projects.

With a few blockbuster TV shows under his belt, including Wonders of the Universe, and Wonders of the Solar System, Brian argues that science can unite the world in an attempt to discover our shared origins.

From speaking at TED in the US to World Economic Forums in Davos and China, Brian’s presentations engage, inform and entertain. Brian also serves as the Royal Society’s Professor for Public Engagement in Science.

For many years Simon Weston has inspired audiences with his very personal story, about triumph and courage in times of mental and physical ill health. 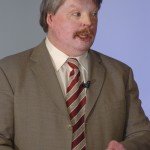 In 1982 Simon Weston was aboard HMS Sir Galahad with his regiment of Welsh Guards when it was bombed by Argentinian planes. The horrific burns he suffered required a series of operations that continue to this day.

Despite this Simon’s life is an example of great personal achievements, including  co-founding The Weston Spirit, dedicated to helping young people play an active role in their own communities.

Simon’s presentations both humble and inspire audiences, showing the power of a positive mental attitude when you experience a change of circumstances, remaining focused on the goal. The subject of several documentaries, and author of two successful books, Simon Weston is a true role model.

The speakers will all present on the Keynote Stage, which is sponsored by Honeywell.