Ian joined Informa (formerly UBM) in 2018 as the Editor of SHP. Ian studied journalism at university before spending seven years in online fantasy gaming. Prior to moving to Informa, Ian worked in business to business trade print media, in the automotive sector. He was Online Editor and then moved on to be the Editor of two publications aimed at independent automotive technicians and parts distributors.
March 17, 2020

Stonegate Pubs, which owns Walkabout, Yates and Slug & Lettuce, has pleaded guilty to breaching health and safety regulations uncovered after a worker was crushed to death in a lift, leading to a £48,000 fine. 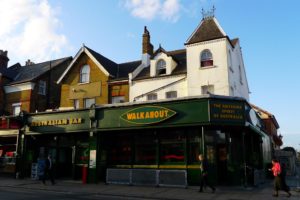 Cyran Stewart, 20, was in a lift at the Walkabout bar in Swansea when a chair got stuck, trapping him against a wall. Stonegate Pubs admitted four breaches of lifting equipment regulations and one of safety management.

Swansea Magistrates’ Court heard the lifts had been reported faulty 37 times between 20 March 2011 and 20 December 2013, before Mr Stewart’s death in 2014. An inquest held in January 2018 concluded Mr Stewart’s death was accidental. The jury was told staff at the venue in Wind Street, which closed in January, had previously got stuck in the lift but had not reported it.

Mr Stewart, originally from Shifnal, Shropshire, had stacked chairs into the lift on 24 February 2014, meaning the safety gate could not be closed. The leg of one chair had got stuck on a ground floor ledge, causing furniture to shift and trap him against the inside wall. He died of his injuries four days later.

Craig Davies, representing Swansea council, said the lift was supposed to be inspected every six months but the last thorough examination took place in January 2011, 962 days before Mr Stewart’s accident.

An expert witness report from the HSE stated the lifts had missed six-monthly thorough examinations and it was “in poor condition” and should not have been used until it had been examined and certified.

The charges against Stonegate Pubs, which do not directly relate to Mr Stewart’s death, were brought for four counts of breaching Lifting Operations and Lifting Regulations 1998 legislation and one of breaching Management of Health and Safety at Work Regulations 1999.