A major cinema chain has been fined £750,000 for health and safety failures after a reclining seat came down on a man’s neck and killed him. 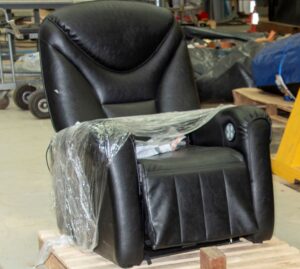 Ateeq Rafiq had gone to the cinema with his wife on 9 March 2018, Birmingham Crown Court was told. Once the film was over, the 24-year-old realised he could not find either his keys or his phone. Thinking they may have slipped down the side of the seat, he got up and went under the seat to look, but very quickly the footrest started to come down on him, causing him ‘catastrophic’ injuries. The incident happened at Vue in Star City Centre, Birmingham in March 2018.

An inquest previously heard that his wife, Ayesha Sardar, tried to hold the footrest up when she realised what was happening. She alerted staff who tried to release Mr Rafiq for about 10 to 15 minutes. They were unable to get the button which operated the footrest to work, and eventually had to break it off.

Mr Rafiq was taken to Heartlands Hospital by paramedics, where he died a week later from a hypoxic brain injury. A week-long inquest was told the seat was missing a bar that would have allowed him to be released by hand.

On 6 April 2021, Vue Entertainment Ltd admitted two charges at Birmingham Crown Court, one under the Health and Safety at Work etc. Act 1974 and one under the Management and Safety of Work Regulations 1999. It pleaded guilty to failing to ensure that persons were not exposed to risk to their health and safety and failing to make a suitable and safe risk assessment between 1 January 2007 and 9 March 2018 in relation to the use of powered cinema seating. 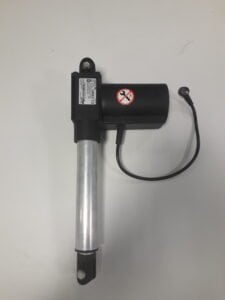 In 2013 another Vue cinema at the Lowry, in Manchester, was being refurbished and the powered reclining seats were sent to Star City, where they were placed into an unused screen. The council’s investigation revealed that a number of those seats had the wrong type of foot-rest actuators fitted (push-pull type).  As the actuator was physically attached to the footrest it “pulled” the footrest down and this resulted in an entrapment risk being present.

Following the incident,15 of the 141 powered reclining seats across the three Gold Class screens at Vue Star City were found to have the wrong type of actuators fitted at the footrests.

Vue Entertainment Limited accepted that it should have carried out a risk assessment when the powered seats were moved from the Lowry to Star City, or before they were used at Star City and that this would have identified that the incorrect foot-rest actuator had been fitted.

Cllr Philip Davis, Chair of the city council’s Licensing and Public Protection Committee, said: “As a result of these failings by Vue, a young man who had gone to the cinema with his wife suffered fatal injuries. This tragic incident should never have happened, and my thoughts remain with his wife and family.

“Safety checks failed to identify that the footrests on these powered seats from the Lowry cinema could not be raised manually and if they had been, those seats with double acting actuators should not have been installed in the Star City’s Gold Screen cinemas.

“People go to the cinema to enjoy films with friends and family, no-one should have to consider whether their safety is at risk while watching a film.”

Recording a verdict of accidental death, Birmingham coroner Emma Brown said there had been ‘missed opportunities to undertake comprehensive safety checks of the chairs.’

“If the seat had been fitted and maintained in the correct manner, Mr Rafiq would not have died,” she said.

Following the sentencing, a Vue statement said: “The death of Mr Rafiq saddened everybody at Vue and we remain deeply sorry for the loss suffered by his family and friends.

“We hope that the end of these proceedings brings some closure to them following this tragic accident.

“All recliners of the type involved in the incident have been removed from our cinemas and we have taken all possible steps to learn from this and ensure it could not happen again.”

This sounds horrific and condolences to the loved ones but it would be helpful to have clear diagrams or images of what was missing from the chair to demonstrate how this happened. It’s not obvious from the description how looking for keys down the side of the seat resulted in the injuries.

The clue is in ‘got up and went under the seat to look!!

I am not sure where the health and safety at work act applies here. He clearly wasn’t working watching a movie. I would have thought it would have been applicable to cleaners and maintenance staff though.

Regulation 3 of the Health and Safety at Work Act applies