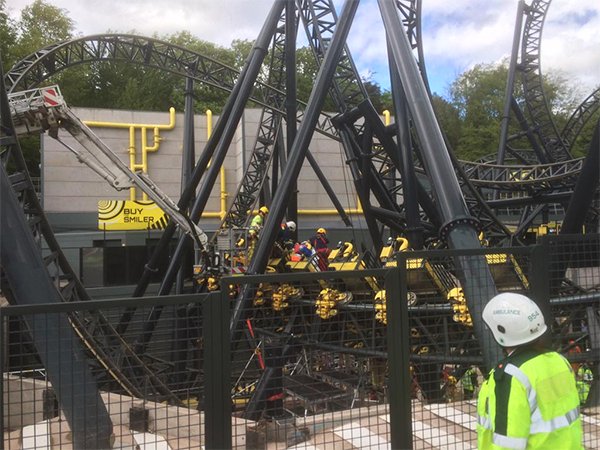 Five people suffered catastrophic injuries in June last year when their carriage of the Smiler rollercoater crashed into an empty one.

Leah Washington and Vicky Balch both had to have a leg amputated, while Joe Pugh had to learn how to walk again and Daniel Thorpe had serious leg injuries.

The rollercoaster re-opened on Saturday 19th March, despite the victims voicing their distress at the news.

“I never wanted it to reopen,” said Vicky Balch. “I understand it’s a business and it’s what they have to do.

“I just didn’t think it’d be so soon, it’s only nine months. It isn’t a very long time.”

Merlin Attractions Operations Ltd, based in Poole, Dorset, will appear at North Staffordshire Justice Centre, Newcastle-under-Lyme on 22 April 2016 to face a charge under the Health and Safety at Work etc Act 1974.

Gill Riley, marketing director at Alton Towers, said: “We do understand how the injured and their families are feeling and we have been in conversation with the families on an ongoing basis.

“However, as we stated last year, our own investigations did show the ride itself was not at fault and the ride has been independently certified as safe to operate.”