A building site manager who had a “total disregard of health and safety” has been convicted of gross negligence manslaughter following the death of a 40-year-old worker who died when he fell through a skylight. Site manager Faruk Patel “continued to put workers’ lives at risk even after a fatal accident on the site” the Health and Safety Executive (HSE) said.

The court heard how during the afternoon of Saturday 24 January 2015 Tasadaq Ur-Rehman was working on a site in St Saviours Hill, Leicester, when he fell through a skylight aperture in a first floor roof and sustained serious head injuries.

He was taken to the Leicester Royal Infirmary but later transferred to the Queen’s Medical Centre in Nottingham where he subsequently died on Wednesday 28 January.

Following Mr Ur-Rehman’s death a joint investigation between Leicestershire Police and the HSE was launched.

The investigation discovered that Mr Patel was the manager on the building site and had asked Mr Tasadaq to fit windows on the first floor. Mr Ur-Rehman, an experienced window fitter, agreed to fit doors and windows on the site over the weekend of 24 and 25 January 2015. 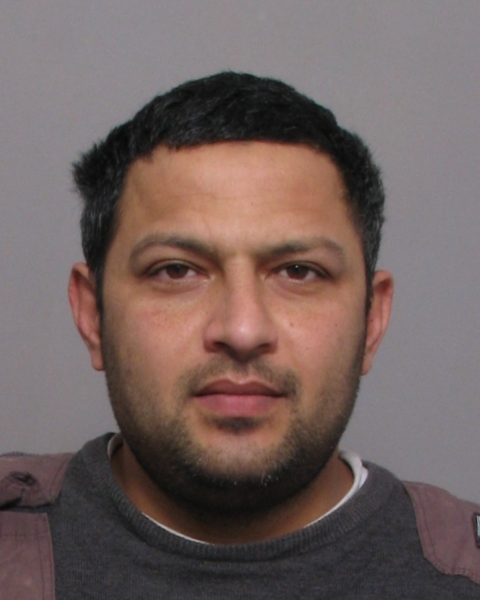 However, shortly after arriving on site he fell three metres through an open skylight on a first floor flat roof.

On 26 January, HSE inspectors issued a prohibition notice on Mr Patel, ordering a halt to any work at height. But on two subsequent visits, one after Mr Ur-Rehman’s death, they found evidence that work had continued.

When police attended on 10 February and again found the order had been breached, Mr Patel was arrested and charged with manslaughter by gross negligence.

On Friday 15 July 2016, Faruk Patel, 40, of Upperton Road, Leicester was found guilty of manslaughter by gross negligence after a trial at Birmingham Crown Court.  A jury convicted Patel after less than three hours of deliberation.

On sentencing Mr Justice John Saunders said: “It seems the defendant had no idea of the responsibilities he had for maintaining the safety of the site. The defendant paid no regard to health and safety requirements whatsoever.”

Detective Inspector Alex Hathaway was the senior investigating officer on the enquiry. He said: “This was a tragic incident which could have been avoided had Patel taken his role to protect his workforce on the building site seriously.”

Detective Constable Beverley Toon, who led the investigation said: “The investigation revealed that scaffolding outside the building was constructed haphazardly. It was not fitted with appropriate walkways but just a few unsecure planks of wood. Nobody on site was wearing any personal protective equipment, there were no warning signs anywhere and no qualified first aider on site.

“This was a serious dereliction of Patel’s duty, one that made him responsible for protecting people on site. His negligence and total disregard of health and safety directly contributed to the unnecessary death of a worker.

“Tasadaq’s wife and two young children now face the rest of their lives without their loved one. We hope this conviction helps the family to come to terms with what happened.”

Detective Inspector Hathaway added: “We also hope this case acts as a deterrent to others in the building trade and ensures they think about the health and safety of their workers at all times.”

Health and Safety Executive inspector Sarah Hill said: “We identified several areas around the St Saviours Hill site where falls could occur, and where workers were at risk of being seriously injured or killed as a result. No health and safety precautions had been taken in relation to health and safety on this site. Faruk Patel continued to put workers’ lives at risk even after a fatal accident on the site.

“The difference between where Faruk Patel was in relation to his legal obligations and where he should have been created extreme risk. He fell far short of what the law required and put lives at risk.”

During the sentencing hearing, a victim impact statement from Mr Ur-Rehman’s family was read out in court. It said: “The loss of Tasadaq Ur-Rehman has had a devastating impact on our lives.

“We’ve lost a loving dad, husband and one of the most wonderful people we’ve known. His family meant everything to him.

“He was taken away from us in his prime.

“Every day little things remind us of him but we know he is not coming back.”

Deanna Heer, prosecuting, said that even after the fatal fall, Patel refused to accept any responsibility for the safety of workers on his site.

In court, she told the jury: “[Patel] said [safety] was everyone’s responsibility and that the tradesmen knew the dangers of working on a building site.

“He said if they did not work safely, well, that was their fault; everyone took care of themselves.

“He said if the deceased needed help he should have asked for it and, since he chose to work alone, the deceased only had himself to blame for his misfortune. As far as he was concerned, the site was safe.”

Mr Justice Saunders told him: “It is an aggravating feature that despite a prohibition notice the defendant continued to allow people to work on both the first and second floor. The second offence was after Mr Ur-Rehman died.

“I take into account that he had no intention of Mr Ur-Rehman suffering harm and never thought he might. Nevertheless, the defendant caused a death through gross negligence.”

Utterly shocked and disgusted with this man’s stance towards the death of a worker on site. Another family devastated and destroyed. Sadly another worker did not return home from work.

Furthermore the non-conformity to HSE’s intervention and pitifully defence in court – this individual gets just over 3 yrs and maybe eligible for early release after 20mths.

So presumably no RAMS, CPP, etc and what about the client? I thought CDM was supposed to put the onus on the client to ensure projects are properly managed and resourced.

Fully agree with findings against the site manager but what about client, contractors and designers?

He should not have been employed he can’t be qualified with that attitude surely.

Another hard honest working citizen father of 2 children dies due to total disregarding employer.
Who is still himself alive and well.
Has anyone learnt anything?
Rules and regulations are made to be followed.
If they were, pointless deaths could have been avoided.