A builder has been sentenced after three workers, including a father and son, fell almost five metres when a work platform became disconnected from a telehandler.

Hull Magistrates’ Court was told that on 1 December 2015, Mr Jeremy Waudby was hired to construct a new chicken shed at Argham Fields Farm, Burton Fleming Driffield. He subcontracted a cladding company (A L Cladding) but provided his own telehandler and work platform for them to work from. 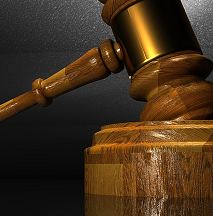 Prosecuting, the HSE told the court that three of the cladding company workers were elevated in the platform when it came adrift of the telehandler and fell to the ground.

The HSE investigation found that the work platform had not and could not have been connected to the telehandler in accordance with manufacturers’ instructions which required three separate mechanical attachments. The necessary securing attachments were not present, and only one of the three had effectively been in place.

The platform fell onto the one worker trapping his shoulder and head. He also suffered a shattered right knee cap and crushed tibia and fibula. His father suffered three fractured vertebrae and a head wound needing 12 stitches.

Jeremy Waudby trading as JG and GW Waudby of Lottings Farm Barmby Moor Nr. York pleaded guilty to breaching Section 3 of the Health and Safety at Work Act 1974 and was fined £1,200 with £558 costs.

After the hearing, HSE inspector Alan Sheldon commented: “These injuries were easily prevented and the risk should have been identified.

“This incident could so easily have been avoided by simply carrying out correct control measures and safe working practices.”

Listen today!
Serious injuries after five metre fall A builder has been sentenced after three workers, including a father and son, fell almost five metres when a work
Alison Fava
SHP - Health and Safety News, Legislation, PPE, CPD and Resources