Luton Borough Council has been sentenced after a teacher was assaulted by a pupil. 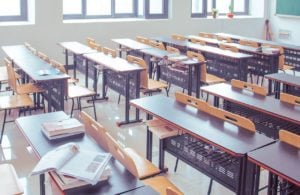 On 17 June 2016, the assistant head teacher at Putteridge High School was called to deal with a disruptive pupil who was refusing to go into a detention room. After clearing the classroom of the other pupils, the pupil launched a sustained assault on the teacher, using a mobile phone and inflicting life changing injuries.

According to the HSE:

Luton Borough Council of Town Hall Upper George Street Luton pleaded guilty to breaching Section 2(1) of the Health and Safety at Work etc Act 1974 and was fined £104,000 with £60,000 costs. The fine was reduced from £300,000 due to the Council’s lack of revenue as a result of the coronavirus pandemic.

Her Honour Judge Mensah in sentencing said: “There is no doubt in my mind that this was a properly brought prosecution. Not to have brought a prosecution in this serious case would, apart from anything else, have sent a completely wrong message to the school, its governors, the staff and pupils, other local authorities with responsibilities under the Education Acts and to the public generally.

Speaking after the hearing, HSE Inspector Emma Page said: “In community schools, where the local authority is the employer, the local authority must monitor the arrangements its schools have in place to manage the risk from violence and aggression”.

Listen today!
Council fined after teacher assaulted by pupil Luton Borough Council has been sentenced after a teacher was assaulted by a pupil.
Barbour EHS
SHP - Health and Safety News, Legislation, PPE, CPD and Resources

As a H & S professional of 25 years, I find this case an absolute disgrace to the profession.
Shame on the HSE who have lost the plot.

Lost the plot? I am afraid I do not share the same opinion. This is considered as workplace violence and as such, there should be measures in place to reduce the risk. With this kind of scenario, you are never going to eliminate the risk but if there is a history of violence against staff, then introducing something simple like a personal panic alarm, training staff in conflict resolution and having a documented procedure for dealing with a violent pupil that does not put other staff or pupils at further risk. I would argue that this incident is reasonably foreseeable… Read more »

Interesting as, mental health still a mystery for far too many in too many institutions too often driven by “Approval Deprivation” with little or no “Positive Regard” for the inmates whether in education, the workplace or secure estates who may already be suffering a high degree of “Performance Anxiety”, work-stress just to survive the culture. Fight, Flight or freeze is a normal survival response to either an ongoing perceived or real threat, even if the individual has been “carrying-on regardless” under stress / duress from the pressures and.or demands, especially when they feel unable to escape the stressors they experience… Read more »

Nigel, I think that an accusation of no positive regard being their normal position is insulting to the teaching profession. They have to use positive regard because of the failings of far too many parents and do so almost instinctively. Further, to quote from the report above and illustrate what a strange prosecution this was, ‘No effective consideration was given to the risk of injury or death posed by the pupils to others and measures were not taken to reduce that threat to as low as reasonably practicable’ is something that can be said about almost every organisation in the… Read more »

My personal comment come from learned-experience from my school days and a further 25 years working with “approval deprived” at risk school kids excluded from participating in learning simply because, they moved-up to secondary education functionally illiterate with “far from fluent reading rates”. Unfortunately, teachers, good, bad and ugly are struck having to be compliant in the “past it’s use by date” 19th Century “Industrial Education Model” that at the end of the 20th Century also closed down any practical or vocational training workshops and sold off all the equipment as well as far too many playing fields and, over… Read more »