Bourne Leisure Ltd, the group that owns the Thoresby Hall Hotel in Ollerton, near Newark, has been convicted after discharging partially treated sewage effluent into the River Meden. 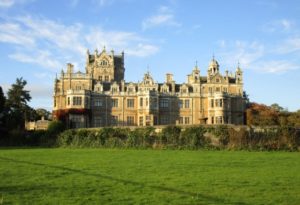 An Environment Agency officer spotted a milky cloud of pollution in the River Meden whilst working nearby. He called colleagues to investigate and it was found to be coming from the Thoresby Hall Hotel sewage treatment works.

The hotel is not connected to the mains sewage system and operates its own sewage treatment plant under the strict control of an environmental permit issued by the Environment Agency. The permit controls the quantity and quality of treated wastewater allowed to be discharged into the River Meden.

The sewage treatment plant at the hotel was permitted to discharge up to 141 cubic metres of treated sewage effluent per day, but strict limits had been placed to ensure any discharge had a low biochemical oxygen demand, low ammonia levels and minimal suspended solids.

Investigations including numerous samples taken bythe Environment Agency and the hotels’ own records, showed that permit conditions relating to the discharge had been breached numerous times over a two-and-a-half-year period (April 2015 –September 2017).

Yvonne Ratcliffe, Environment Officer at the Environment Agency, said: “The permit system allows businesses to operate whilst protecting the environment; it is important that permit holders ensure they have robust management systems in place to ensure their compliance. It is not sufficient to wait for the Environment Agency to alert you to a failure to comply with permit conditions. Required procedures and measures are in place for a reason but the limits set on a permit need to be complied with and respected. Anybody who breaches these limits are putting the environment at risk”.

An assessment found that the discharge led to a limited water quality impact, but this was seen to be due to low ammonia levels in the river upstream of the discharge and the substantial dilution from the upstream flow.