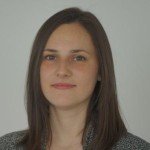 10 biggest health and safety prosecutions of 2018

A round-up of the 10 biggest health and safety prosecutions of 2018.

The top 10 is measured by what SHP readers have shown most interest in.

The biggest health and safety prosecutions from 2017

Mental health and wellbeing: the most popular content of 2018

Costain and Galliford Try were each fined £1.4 million. Total with costs c£2.9 million – no. 1 prosecution?

Every one of these companies prosecuted had internal and or external H&S advisors. They also had approved standards and accreditation’s.
Why doesn’t SHP write about something that will help us all understand what businesses actually need to prevent and protect.
SHP could write about 83.3% of companies prosecuted 2016/17 were affiliated with one or more safety schemes or other best practice accreditation’s?

Number 1: Bupa fined £3m in 2018 for a pensioner death in one of their care homes in Essex due to a Legionnaires from a tap in his room. The care home didn’t have any processes for flushing taps etc.

Hi Richard, this story was covered here: https://www.shponline.co.uk/in-court/bupa-fined-3m-after-legionnaires-death-of-elderly-resident/. The article above is measured by what SHP readers have shown most interest in, rather than the largest fines.