Full story: jail for bosses who tried to cover up details of 25-year-old’s fatal fall

Three company bosses have been jailed following the death of 25-year-old father of one, Benjamin Edge, who fell from a roof he was working on, without safety equipment and in windy conditions.

Following the incident safety failings were covered up, a new risk assessment was written and an employee was “sent home to collect harnesses to make it look like the accident was Mr Edge’s fault, because he had not worn safety equipment” it was reported. 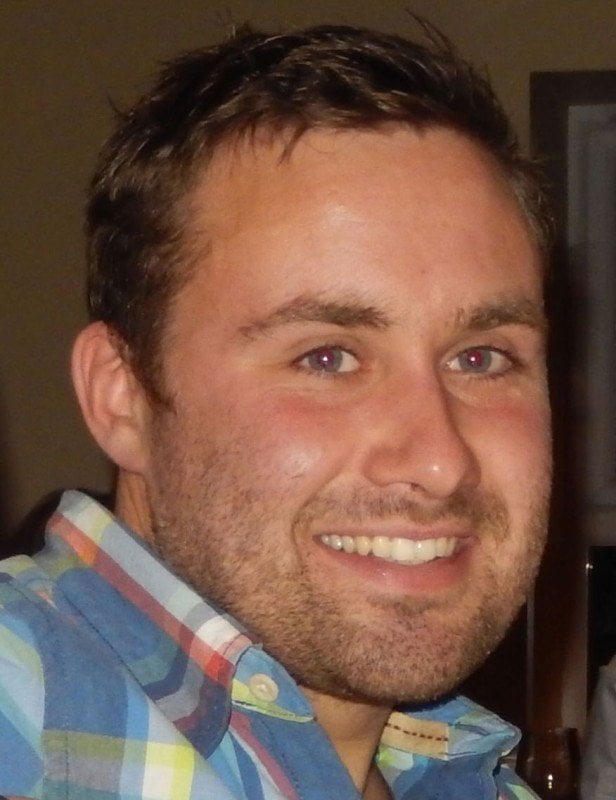 On 10 December 2014, Mr Edge, fell from the roof of a metal structure he was helping to dismantle in Ramsbottom, Bury.

At the time of the fall, Mr Edge was working for SR and RJ Brown and was working on a site run by Marshalls Mono.

A joint investigation by the Greater Manchester Police alongside the Health and Safety Executive (HSE) looked into the circumstances surrounding Mr Edge’s death.

It was heard in court how MA Excavations Ltd, contracted out the work to brothers Christopher and Robert ‘James’ Brown, directors at SR and RJ Brown Limited.

Mark Aspin, director at MA Excavations Ltd said he believed the Browns were ‘competent’ and could complete the job safely, but the court heard he did not check their qualifications.

Manchester Evening News reported that Robert ‘James’ Brown composed a ‘grossly inadequate’ risk assessment before the job which he did not show to anyone.

After Mr Edge was rushed to hospital he then typed up another risk assessment, which should have been done beforehand.

Peter Heap, 34, who had been working alongside Mr Edge was asked by Christopher Brown, 25, to go home and collect harnesses to make it look like the accident was Mr Edge’s fault, because he had not worn safety equipment.

“Foolishly, weakly and criminally – as he now realises – Peter Heap went along with what he was told to do,” Mr Justice Openshaw said.

The Browns maintained that the harnesses had been there before the incident, although they did admit falsifying the risk assessment.

During sentencing, addressing Christopher Brown and Robert ‘James’ Brown Ben’s mother said that when she saw her son’s coffin at the funeral she wanted to drag those responsible to the coffin so they could see what they had done.

She said: “Ben’s death was totally avoidable. He had everything to live for, but his future was stolen from him.”

Mrs Edge added: “Benjamin Edge, known affectionately as Ben, was my son and his father, Tim’s, son. We are so proud of Ben, not just what he achieved, but who he was.”

Ben’s family have issued a tribute to their son, who leaves behind a three year-old daughter, a loving mother and father, twin brother, and partner.

“Ben was taken from us in tragic circumstances aged only 25, and our family and all of his friends are totally grief stricken by his loss.

“We miss him so very, very much.

“He was a loving, caring son, twin brother and family man. Ben was a much loved partner and father and will always remain a huge part of everyone’s lives”.

Listen today!
Full story: jail for bosses who tried to cover up details of 25-year-old’s fatal fall Three company bosses have been jailed following the death of 25-year-old father of one, Benjamin Edge, who fell from a
Lauren Applebey
SHP - Health and Safety News, Legislation, PPE, CPD and Resources

Health and safety has never been so visible – could we lose focus in 2022?

It would be helpful if details of the breaches were published. What breach led to Mark Aspen going to jail for 12 months for example

Jeff,
The breaches are all in the report. No suitable and sufficient risk assessment. Falsifying documents. Lying to prosecutors.
Take your pick. The outcome could have still been avoided.
It is important we don’t look at these cases and assume it is an ‘overkill’ by the HSE. Someone went to work on that day and never came back home. That’s the real issue.

Can someone please give me some advice, my son collapsed playing football at a leisure centre – there should have been a first aider on site but he wasn’t there at the time so my sons friends tried to carry out CPR on him but didn’t know what to do. My son died. The first aider lied on the RIDDOR report and said he performed CPR. I have many witnesses to confirm he wasn’t there. The CEO said as far as they are concerned there was a first aider and the HSE never requested an investigation so they believe they… Read more »

Jacqueline, So sorry for your loss. I would make a complaint to the HSE, or lodge it via an appropriate solicitor See below from the HSE website Complaints A complaint is a concern, originating from outside HSE, about a work activity for which HSE is the enforcing authority. We respond where we can identify the duty holder and/or the location and where: there been significant harm, or there is the potential for significant harm; or the complaint alleges the denial of basic employee welfare facilities; or the complaint appears to constitute a significant breach of law for which HSE is… Read more »