A company which manufactures and installs windows has been fined £36,000 after carrying out unsafe work in the West End of London . A member of the public alerted the HSE after it became clear that there were no measures to prevent workers falling eight metres and after part of a window was dropped onto the public area below.

Westminster Magistrates’ Court heard Ideal Glazing (Euro) Ltd carried out window installation work at Aldford House, Park Street, London, between 19 and 20 January 2015 that put their workers and members of the public at risk of suffering serious injuries or a fatality. 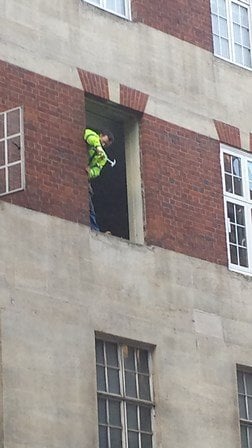 The HSE praised the member of the public who reported the dangerous works.

The HSE carried out an investigation into the work after a member of the public provided photos of workers leaning out of window openings eight metres above the ground. They also provided a video showing the workers dropping part of a window which fell to the ground and missed a nearby pedestrian.

It was heard in court how the company had: 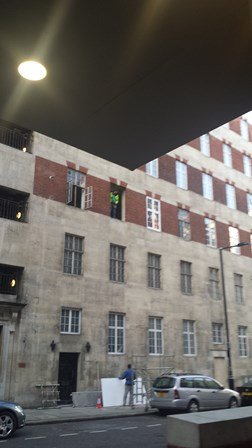 HSE inspector Andrew Verrall-Withers commented after the hearing: “Ideal Glazing (Euro) Ltd put the lives of workers and members of the public at risk. People should be able to walk down a pavement without being exposed to the risk of a heavy window falling eight-metres onto them.”

“The company’s standards were appalling, and this was particularly unacceptable as previous warnings had been blatantly disregarded.”

“This is a case where equipment such as scaffolding was not provided. It’s vital that law abiding companies have confidence they will not lose work to others who underquote them because they take shortcuts at the expense of safety.

“Thanks to the member of the public who alerted us, we were able to avoid the workers or any pedestrians being injured or killed. We encourage people to report unsafe work to us so we can act to protect workers and the public.”

Listen today!
Fine after dangerous work over West End street A company which manufactures and installs windows has been fined £36,000 after carrying out unsafe work in the West End
Lauren Applebey
SHP - Health and Safety News, Legislation, PPE, CPD and Resources

In the UK, we spell the unit of length “metres”!!! Surely it should read “It was heard in court” and not “I was heard”. Who proof reads these articles?

Thank you for bringing this to our attention. The corrections have been made.