Logistics firm DHL has been fined £2.6m following the death of an employee who was killed when a stack of car and lorry tyres collapsed at a warehouse. 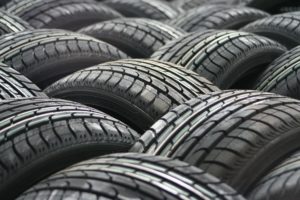 Robert Baynham, 50, was crushed to death as he worked at an office inside the storage facility in Coventry on 2 February 2016. The company admitted health and safety failings and was sentenced at Warwick Crown Court on Monday.

Another man suffered serious injuries and two other people were hurt during the same incident at DHL’s tyre distribution centre in Prologis business park on Central Boulevard.

Coventry City Council, which led a three-and-a-half year investigation into the incident, said the company had “fundamentally and systematically failed to manage health and safety” at the site.

The incident was also the product of a “multi-layered systemic failure of DHL management,” it added.

DHL pleaded guilty to failure to ensure the health and safety of its employees and failure to make a suitable and sufficient risk assessment.

The warehouse stores tyres picked for commercial customer orders, which are distributed throughout the UK.

The jury at an inquest, held in April 2018, found the practice of high and top heavy stacking of tyres in metal frames adjacent to the office were too close to each other and at risk of being knocked over by fork lift trucks.

Mr Baynham, from Bedworth, died in hospital from head trauma and spinal injuries as a result of the accident, an inquest jury found.

A DHL spokesperson said it accepted the judge’s findings and fine. “Once again we offer our sincere condolences to Mr Baynham’s family and our regrets for the injuries sustained by the three other colleagues,” a statement said.

Last year the DHL Group was fined £2m for health and safety breaches after Krzysztof Sontowski, 36, was crushed to death by a reversing lorry at a depot in Milton Keynes.

See Taylor & Francis’ range of Legal Aspects of Health and Safety books in SHP’s newly launched bookshop. Use discount code S048 to receive 20% off the price of a book, and get free shipping.

Subscribe to the newsletter ✉️
DHL fined £2.6m after worker crushed to death in tyre collapse Logistics firm DHL has been fined £2.6m following the death of an employee who was killed when a stack of car and lorry tyres collapsed at a warehouse.
Alison Fava
SHP - Health and Safety News, Legislation, PPE, CPD and Resources