David Lloyd Leisure is to be prosecuted over alleged health and safety breaches following the death of a three-year-old boy in one of the firm’s pools. 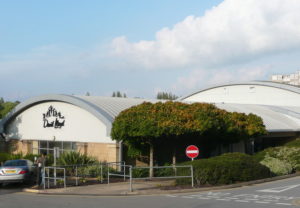 Leeds City Council made the announcement last week after an inquest jury returned a conclusion of accident at a hearing in Wakefield.

The jury heard how Rocco Wright died after he was pulled from the water by his father at the David Lloyd centre in Leeds on 21 April 2018. The hearing was told that there was only one 17-year-old lifeguard on duty at the time of the incident.

A Leeds City Council spokesman said: “The death of a child in any circumstances is tragic, and we continue to offer the Wright family our sincerest sympathy.

“Leeds City Council’s Health and Safety Inspectors have investigated the circumstances of Rocco’s death and believe that David Lloyd Leisure Ltd have committed offences under the Health and Safety at Work etc. Act 1974 which we intend to prosecute in the near future.

“We will keep in regular contact with the family and ensure they are informed and supported throughout this next stage.”

The inquest heard how David Lloyd operated a policy that the maximum number of people in a pool that could be supervised by a single lifeguard was 50 people.

David Lloyd operations director Stephen Brown stressed that this was a “ceiling” figure.

Mr Brown also denied that David Lloyd had a policy of employing young lifeguards because they were cheaper and said lifeguard staffing levels were for local managers to decide.

This news story is in partnership with Barbour EHS, a specialist information service provider supporting professionals across sectors including fire and security, FM, health and safety, sustainability and energy.

Be inspired by Great Britain's first solo Winter Olympics champion for 30 years. Hear about the value of teamwork and physical and mental preparation to Amy Williams MBE's triumph in the skeleton bobsleigh event at the 2010 Winter Olympics. Get your free ticket today and secure your place at the Keynote Arena.

Get Your Free Ticket Now
David Lloyd leisure group to be prosecuted after swimming pool death David Lloyd Leisure is to be prosecuted over alleged health and safety breaches following the death of a three-year-old boy in one of the firm’s pools.
Barbour EHS
SHP - Health and Safety News, Legislation, PPE, CPD and Resources

Health Board fined after deaths of three patients

Where was the supervision by the parent? I would not have left it to the lifeguard, especially if there was only one on duty.