Construction company and director in court for unsafe asbestos removal

A construction company and its director have been fined after failing to ensure the safe removal of asbestos during demolition work. 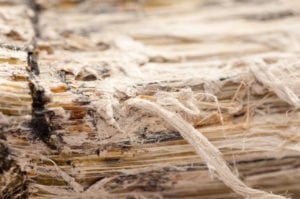 Greater Manchester Magistrates’ Court was told how Sherwood Homes Limited was the client responsible for the demolition of Crowton Mill in Northwich. Peter Kiely was a director of the company when the results of an asbestos survey conducted in January 2017 was received identifying the presence of asbestos containing materials on the site. The extra work required to remove the asbestos increased the estimated costs and timescale for the completion of the demolition.

Sherwood Homes Limited have been subject to previous enforcement by HSE, including a prosecution in 2018 in relation to their role as a construction client.

Sherwood Homes Limited of Houldsworth Street, Stockport was found guilty to breaching regulation 4(1) of the Construction (Design and Management) Regulations 2015. The company was fined £170,000 with costs of £10,406.

Company director Peter Kiely of Bolton, pleaded guilty to breaching section 37 of the Health and Safety at Work etc. Act 1974, in relation to the company’s failing of regulation 4(1) of the Construction (Design and Management) Regulations 2015. Kiely was fined £6,500 and ordered to pay costs of £7,000.

HSE Inspector David Norton said after the hearing: “Asbestos is responsible for thousands of deaths in the UK every year but it only becomes dangerous when it is broken up and fibres are released into the air. Asbestos should only be removed by specialist contractors. Sherwood Homes Ltd and Peter Kiely put workers at risk by not following the correct safety procedures. Companies should be aware that HSE will not hesitate to take appropriate enforcement action against those that fall below the required standards.”