Safety and Health Practitioner (SHP) is first for independent health and safety news.
May 24, 2017

The Co-op has been fined £400,000 over the death of a man who slipped on water leaking from a faulty sandwich chiller. 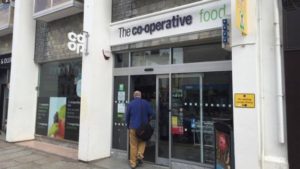 Stanley May, 74, died two days after hitting his head on the floor in the Truro branch of the supermarket in July 2015.

Truro Crown Court heard the chiller had been faulty for 44 hours but customers could still enter the wet area.

The Co-op previously pleaded guilty to a health and safety offence of failing to protect customers.

Engineers had tried to fix the chiller two days earlier, but it had continued to leak on to the vinyl floor.  A yellow ‘wet floor’ sign had been used, but the affected area extended beyond it.

Judge Simon Carr said what happened was “so easily avoidable”, adding: “The company tried to address the problem but did so inadequately.”

Mr May had three children and six grandchildren and was described as “an exceptional man in good health” by the judge. The former chairman of St Enoder Parish Council, he was a member of the Co-op and used to visit their shops most days.

Speaking outside the court, Mr May’s daughter Victoria Parsons said: “We’d just like everybody to learn that this was so easily avoided; if they had kept an eye on that water my dad would still be alive today.”

The defence read a statement from Christopher Whitfield, retail and logistics director at the Co-operative Group, in which he said: “He (Mr May) should have been kept safe while walking in our store.

“It is a matter of utmost regret that he was not.”

The court awarded £50,000 in costs to Cornwall Council, which brought the prosecution.