A court has heard how an employee of Sundorne Products (Llanidloes) Ltd will never walk again after suffering “near fatal and life-changing injuries” after he was hit by a shovel loading machine.

Emrys Hughes, 65, worked as a tractor driver at the landfill site in Powys when the incident happened on 16 November 2015.

Mr Hughes was walking in the yard but was in the blind spot of the mechanical shovel driver.

He was struck with force as the vehicle was being driven at some pace to get a momentum to load refuse, it was reported.

Mr Hughes was in intensive care for weeks after the incident, and stayed in hospital until April 2016.

His partner has now given up work to care for him, and they moved to a specially adapted bungalow.

“My life has changed considerably since I lost my legs,” Mr Hughes said in a victim impact statement. 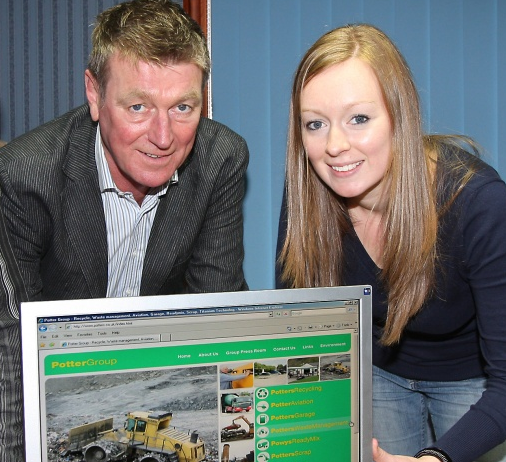 The company is run by director James Potter and his daughter Debbie.

An accident waiting to happen

The incident was described in court as “an accident waiting to happen” because the yard had no system to separate pedestrians and moving vehicles and no pedestrian walk ways.

Prosecutor Craig Morris said the company fell well below the required standard and failed to implement practises recognised in the industry to keep pedestrians and vehicles apart.

An investigator viewed CCTV footage from the yard for the previous two weeks and saw about 90 instances where there were moving vehicles close to pedestrians in the yard, with nothing to stop them being there at the same time.

Sundorne Products (Llanidloes) Ltd, run by director James Potter and his daughter Debbie, from Welshpool, admitted a health and safety charge and was fined £180,000 and £7,650 costs.

Judge Niclas Parry said that the financial penalty was not intended to reflect “the devastating injuries” he had suffered, and said the events were “truly shocking”.

The court was told Sundorne Products cooperated with the Health and Safety Executive, pleaded guilty at an early stage and was “truly remorseful”.

It installed pedestrian fencing and had appointed a health and safety manager following an audit.

I was interviewed for a position with this company not long after the incident and as you do I asked if there had been or was any current involvement with the enforcing authorities, Any involvement or action was denied. boy did i dodge a bullet,