Two out of every three adults are calling for improved safety measures in stadiums and arenas following recent publicity around the safety of women and girls, a YouGov study has found. 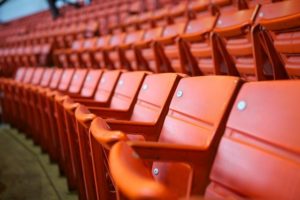 In a recent survey, 5,050 adults in England aged between 18 and 45 were asked whether they agreed with the statement that, ‘recent publicity around the safety of women and girls has made it more important for licensed premises to improve their safety procedures’.

In response, the greatest calls for improvements were in nightclubs (79%), bars and pubs (76%), and stadiums and arenas (65%). Call for safety improvements in other licensed premises included in the survey were hotels and guest houses (64%), sports and social clubs (62%), restaurants (58%) and theatres (52%).

The survey carried out between 16 August – 5 September 2021, and commissioned by Police Crime Prevention Initiatives (Police CPI), also found that adults feel significantly less safe across all types of licensed premises included in the survey today than they did prior to the first national lockdown in March 2020.

Across all licensed premises, the calls for improved safety were largest for women – with stadiums and arenas at 71% for women and 60% for men.

The survey also revealed that 26% of respondents would have visited stadiums and arenas more if they felt safer, with 29% being more likely to have visited if it had been granted a Police Safety Award.

Top of the list of safety features that influences the perceived safety of stadiums and arenas upon arrival are ‘door entry control’ with 50% of respondents choosing this option. Next in order are uniformed staff (49%), clearly marked fire exits, and staff controlling rowdy crowds (both at 45%), and the venue being well- lit (44%).

These priorities are broadly the same once inside and moving within the venues. A total of 55% of people chose checking staff are easily identifiable, followed by clearly marked fire exits (52%), door entry control (47%), staff controlling rowdy groups (46%) and checking the venue is well-lit (43%).

In addition, the survey revealed a 7%-point gap between safety checks prior to arriving at stadiums and arenas compared to checks whilst at the establishment – suggesting that large crowds and fire safety risks may have an impact on people’s concerns around safety in these kinds of venues, with people actively checking escape routes.

Click here to read this article in full on our sister site, IFSEC Global.

Listen today!
‘65% of people want safer stadiums and arenas’, YouGov survey finds Two out of every three adults are calling for improved safety measures in stadiums and arenas following recent publicity around the safety of women and girls, a YouGov study has found.
James Moore
SHP - Health and Safety News, Legislation, PPE, CPD and Resources

‘Majority of employees have concerns about using a workplace washroom’, YouGov study finds

Film set safety – what needs to be done?