Jamie Hailstone is a freelance journalist and author, who has also contributed to numerous national business titles including Utility Week, the Municipal Journal, Environment Journal and consumer titles such as Classic Rock.
February 13, 2018 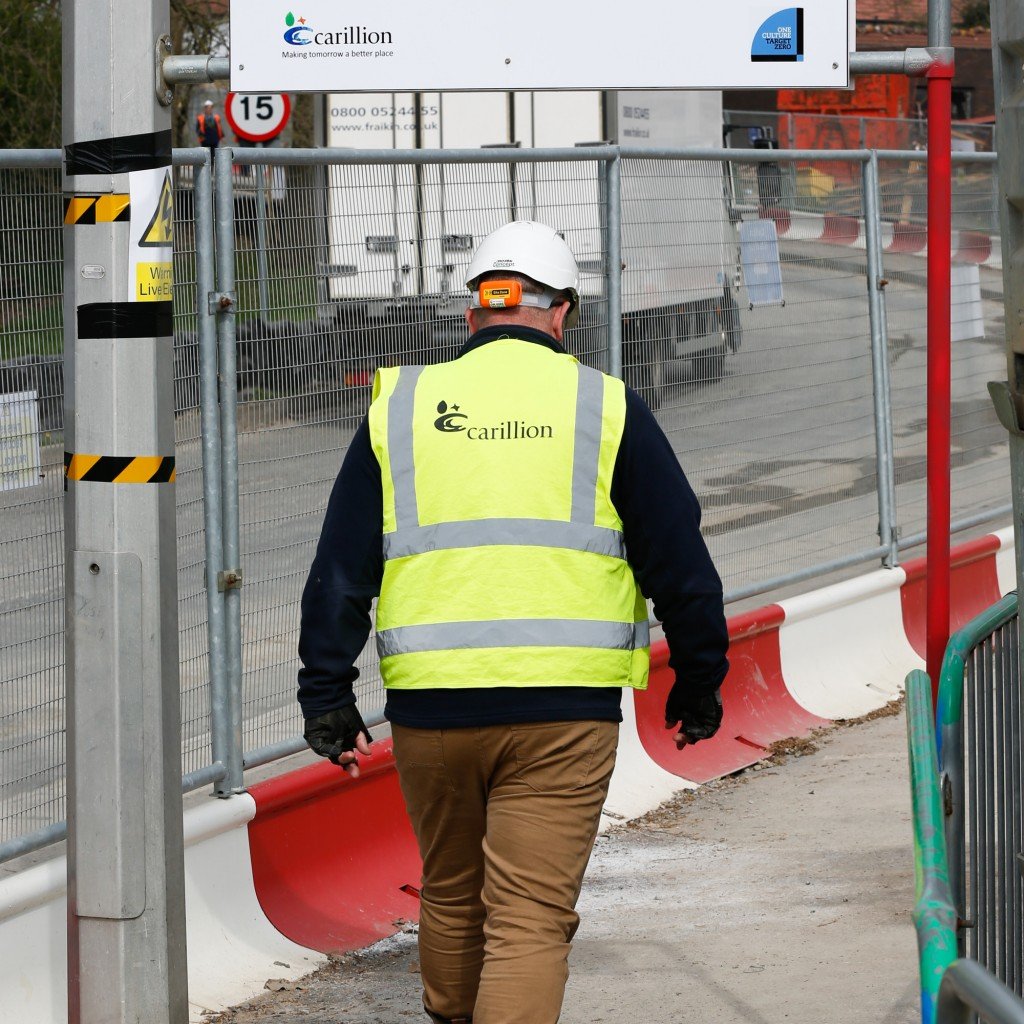 Nearly 60 Carillion construction workers are to be made redundant, according to the latest update from the Official Receiver.

In a statement issued yesterday (12 February), the Official Receiver said 59 Carillion members of staff, who were working on “paused construction projects” will leave the business later this week.

The Official Receiver announced it has also been able to safeguard the jobs of a further 4,418 employees, bringing the total number it has been able to save up to “more than a third” of Carillion’s UK workforce.

The construction and outsourcing giant employed more than 20,000 people in the UK when it collapsed last month with debts of more than £1.5 billion.

“There is a lot of interest from potential purchasers in the contracts the company delivered, which will see the number of jobs safeguarded continue to increase,” the Official Receiver said in a statement.

“Most employees who have transferred so far have done so on existing or similar terms, and I will continue to facilitate this wherever possible, as we work to find new providers for Carillion’s other contracts.”

Last week, the Official Receiver confirmed more than 800 workers were being made redundant, mostly connected with “private and public contracts across different parts of the country” and back-office roles.

Meanwhile, two parliamentary committees that are investigating the demise of Carillion have published figures that show the “Big Four” accountancy and audit firms (KPMG, Deloitte, EY and PWC) billed the firm, pension schemes and the Government £71 million since 2008 for work relating to the collapsed company.

“The image of these companies feasting on what was soon to become a carcass will not be lost on decent citizens,” said the chairman of the work and pensions committee, Frank Field.

“We saw at the end of our evidence session that the former directors of Carillion are, unlike their pensioners, suppliers and employees, alright. These figures show that, as ever, the Big Four are alright too. All of them did extensive – and expensive – work for Carillion.”

The chair of the business, energy and industrial strategy committee, Rachel Reeves added that KPMG has “serious questions” to answer about the collapse of Carillion.

“Either KPMG failed to spot the warning signs, or its judgement was clouded by its cosy relationship with the company and the multi-million pound fees it received.

“For the sake of all those who lost their jobs at Carillion and in the interests of better corporate governance, KPMG should, as a bare minimum, review its processes and explain what went wrong.”

Browse health and safety jobs on SHP4Jobs
Further 59 Carillion workers laid off as redundancies mount Nearly 60 Carillion construction workers are to be made redundant, according to the latest update from the Official Receiver.
Jamie Hailstone
SHP - Health and Safety News, Legislation, PPE, CPD and Resources