A food business in Hemel Hempstead has been fined £14,800 for breaching food safety, hygiene and animal welfare laws at its premises.

Hemel Foods Ltd and its Director Ishrat Nasar were fined after an investigation by Dacorum Borough Council’s Environmental Health Officers.

On the 11 September 2018, Environmental Health Officers visited the premises known as Hemel Foods, after receiving a complaint regarding poor food hygiene conditions and pests.

During the visit to the premises, numerous contraventions were observed by Dacorum Borough Council’s Environmental Health Officers, including failing to put in place adequate procedures to control pests and a poor level of cleanliness.

The incorrect use of glue traps was also observed resulting in the unnecessary suffering of mice.

The officers advised the business operator of the work that needed to be carried out to comply with the law, but further contraventions were witnessed on four more visits to the premises.

Following a trial at St Albans Magistrates Court, the limited company and Mr Nasar were fined £7,400 each and were ordered to pay the full cost of the prosecution of £17,131.58, and a victim surcharge of £170 each. 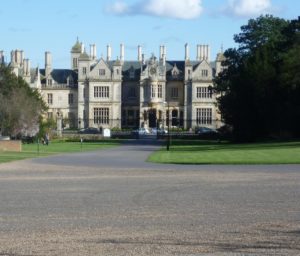 The owners of Stoke Rochford Hall Hotel, near Grantham, have been fined a six-figure sum after a successful prosecution by South Kesteven District Council for breaches of health and safety regulations.

After pleading guilty to eight charges at Lincoln Magistrates Court the company, Stoke Rochford Hall 1, formerly Talash No. 6 Ltd, was fined a total of £220,000 and ordered to pay costs of £32,606 plus a £170 victim surcharge.

The hotel first came to SKDC’s attention after a council food, health and safety officer visited on 31 May 2017, for a routine food hygiene inspection and noticed there was a damaged electrical cable across a walkway on the kitchen floor and exposed cables in the dish wash area.

Listen today!
Food safety round-up: Hemel food business fined over poor hygiene and Stoke Rochford Hall fined after health and safety breaches A Hemel food business has been fined over £14k for poor hygiene and unnecessary suffering of invading mice and the Owners of Stoke Rochford Hall near Grantham have been fined after health and safety breaches.
Barbour EHS
SHP - Health and Safety News, Legislation, PPE, CPD and Resources