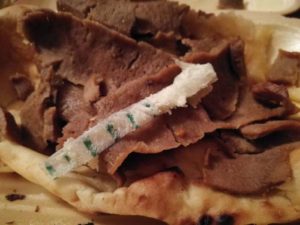 A court has heard how a customer found a cigarette filter tip wrapper in a naan bread ordered from Spice Touch on Warton Road in Carnforth.

Spice Touch (Lancashire) Limited, the firm which runs the restaurant, admitted six food hygiene offences. It was fined £4,000 and ordered by Lancaster Magistrates’ Court to pay a further £2,200 in costs.

During the investigation, other safety breaches were discovered, included dirty kitchen equipment and toothbrushes in hand wash basins.

Two shops in Birmingham have been sentenced after the discovery of mouse droppings and ‘gnawed’ packets of food.

Nonia Mini Market in Lozells and Azqa Quick Stop in Tyburn have both been fined after successful prosecutions by Birmingham City Council.

The Nonia shop has turned things around since the incident, according to its owner. The council has since awarded the top hygiene rating of 5.

Summarising the issues at Nonia, the Licensing and Public Protection report published in January, said: “There were no adequate procedures in place to control pests, mouse droppings were found throughout the premises and mice had gnawed packets of food in boxes in the storeroom.

“There were gaps, cracks and crevices within the structure and construction of the building, in particular gaps under the front door. The company also failed to register as a food business with Birmingham City Council.”

The case had been heading for trial, but the shop ultimately admitted to three offences under the Food Safety and Hygiene Regulations. It was fined £13,500 and ordered to pay £1,959 in costs.

Owner Ardaib Adam argued that fine was excessive and pointed to wider problems with rats and mice in the surrounding area.

He said: “The fine is so high for a small business we are. I love my business I’m trying to do my best for the community. It is not only here, the area is full of rats and mice. Ask anyone.

“But it’s no reason to not keep the shop clean. We have to try and do our best to make things safe for the customer. I’ve tried my best they wouldn’t have given me this rating otherwise.”

Owners of Azqa Quick Stop on Tyburn Road pleaded guilty to four offences under the Food Safety and Hygiene Regulations. It was fined £3,000 as well as ordered to pay £912 in costs.

The council report said: “There was evidence of mouse activity throughout the premises. Packets of ready to eat food, on display for sale, had been damaged by pest activity.

“The premises were not kept clean, mouse droppings were found at floor/wall junctions and debris was found on the floor under display units. There were several potential pest entry points in the ceiling of the premises.” 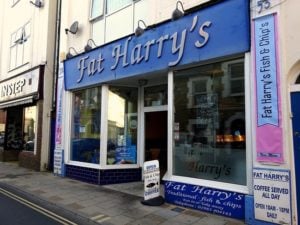 The directors of Fat Harry’s chip shop in Sandown on the Isle of Wight have they pleaded guilty to seven counts of failing to comply with EU food safety and hygiene regulations.

Prosecutor Samantha Rodgers said that the premises were not kept clean and were not maintained in good repair and condition.

Food surfaces and kitchen equipment were not properly cleaned, and fixtures were not maintained to prevent the accumulation of dirt and mould growth.

It was also discovered that staff were not provided with a sink or handwash to clean their hands.

Presiding Magistrate Paul Gane said: “These offences are aggravated by the fact they occurred over such a prolonged period of time.

Speaking after the case, Amanda Gregory, the council’s Strategic Manager for Regulatory and Community Safety Services, said: “Sadly, despite many inspections, advice and formal notices from our officers over the years, this case wasn’t one that we were able to gain a sustained improvement, which is why we took the decision to prosecute.”

The case into Riff restaurant in Valencia has been dismissed by a judge. The restaurant made the news in 2019 when a 46-year-old woman died following a visit there. 28 others, who had also been eating at the restaurant between 13 and 16 February, suffered minor symptoms of food poisoning.

The judge has therefore ended the investigation into the head chef and owner of the restaurant.

Riff, which was temporarily closed following the episode and reopened in March 2019, retained its Michelin star in the 2020 guide, which was published before investigations were concluded.

During this period the business failed to achieve a food hygiene rating higher than two and was broadly non-compliant with food safety regulations for five years.

A routine inspection of the business was carried out on 6 November 2018, where it was awarded a food hygiene rating of one, meaning that major improvement was necessary.

Issues identified during the visit included fish being stored at a high temperature, lack of adequate hand washing facilities, inadequate disinfection of food equipment, and cross contamination risks between raw and ready to eat seafood.

In a follow-up inspection on November 2018, standards were still found to be poor, in particular in relation to cross contamination risks between raw and ready to eat foods.

On 14 January York Magistrates’ Court issued Mr Douglas with a hygiene prohibition order preventing him from running a food business. He was ordered to pay a £300 fine, £30 court surcharge and £200 towards prosecution costs. 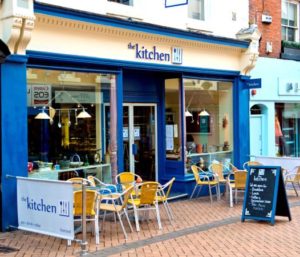 The owner of a Derby city centre restaurant has been fined £10,000 for a string of food hygiene offences.

The Good Mood and Food Company, owner of The Kitchen, in Sadler Gate, pleaded guilty to failing to comply with five requirements concerning food safety and hygiene.

The breaches relate to a visit from a Derby City Council inspector on 27 November 2018. The restaurant has since been awarded a four out of five rating.

Southern Derbyshire Magistrates’ Court heard how the inspector observed out of date food being relabelled and stored away. High risk foods were kept beyond the three-day time limit, and raw products and ready to eat foods were not stored separately.

The shelf life applied to certain foods were too long and no documented food safety management systems had been implemented.