The Artichoke pub and restaurant has been fined £23,000 after being prosecuted by Hertfordshire Trading Standards for serving food to a customer who suffered a severe allergic reaction. 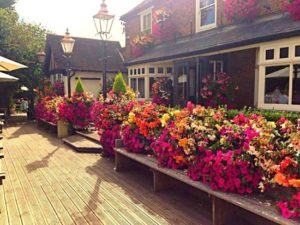 KOB (The Artichoke) Ltd pleaded guilty to offences under the Food Safety Act 1990 and Food Safety and Hygiene (England) Regulations 2013 at the hearing at Luton Magistrates’ Court yesterday (Monday).

The court heard that Ruth Holroyd had been eating a Christmas meal with work colleagues at the pub on 28 November 2018 when she was served a starter containing milk, despite staff being pre-warned of her severe dairy and other allergies.

Although Ruth’s dietary requirements had been made known to the Artichoke pub on at least three occasions, the pub admitted there had been a breakdown in communication between the front of house and the kitchen, leading to a starter containing milk being served.  As a result, Ruth spent a night in Watford General Hospital after suffering anaphylaxis and was kept in intensive care on oxygen.

At court on Monday 9 December the company, through their legal representative, said they accepted they were vicariously responsible for the actions of their staff and were regretful and remorseful for what had happened.

The court was also informed that they had a five star food hygiene rating in the restaurant through the results of an Environmental Health visit.

District Judge Nicholas Leigh-Smith said “The risk of harm from anaphylactic shock was death” and “that systems were not in place to prevent this.”

Andrew Butler, Head of Regulatory Services at Hertfordshire County Council, said: “This successful prosecution underlines the importance of eating establishments ensuring they provide appropriate staff training and have the correct procedures in place in relation to food allergy safety. This incident could have ended tragically, as severe allergies like this can risk a consumer’s life.”