Fund is in addition to the £1.6bn released for the Building Safety Fund, announced last year, and will be used to help remove unsafe cladding from high-rise buildings, but critics say the proposals fall short of what is needed. 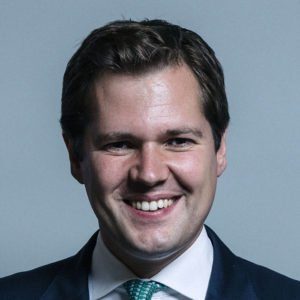 Housing Secretary Robert Jenrick has announced that the Government will provide an extra £3.5bn to help remove unsafe cladding  from high-rise buildings over 18m – an issue said be affecting more than 700,000 people.

Hundreds of thousands of residents say they have felt unsafe and trapped in their flats, following the release of the Grenfell Inquiry findings, which stated that unsafe cladding was the ‘primary cause of the fire spread’ of the Grenfell Tower disaster in 2017 in which 72 people died.

While Mr Jenrick noted that 95% of the buildings first identified with unsafe ACM cladding – the type used on the Grenfell facade – have been remediated or are currently being worked on, it has been widely recognised that there are thousands of other buildings with similarly unsafe cladding still in existence, with significant costs being directed to leaseholders and residents.

The £3.5bn is an addition to the original pot of £1.6bn released for the Building Safety Fund, announced last year by Chancellor Rishi Sunak.

Mr Jenrick told the Commons that leaseholders in these high-rise buildings over 18m (or with six storeys or more), would face no extra cost to themselves for the cladding remediation works in England, and that this investment was an “unprecedented intervention” by government to “remove unsafe cladding and provide certainty to leaseholders… and to reject confidence and certainty back into this part of the housing market”.

On Twitter, the End Our Cladding Scandal released a statement, saying they felt “betrayed” by the announcement, with loans that could potentially be “longer than mortgage terms for millions” a result of the low-interest scheme for blocks under 18m.

Jonathan O’Neill OBE, Managing Director of the Fire Protection Association (FPA), also believes that the measures should apply to all affected buildings – regardless of their height: “It has now been more than three and a half years since the issue of combustible cladding surfaced as an issue for leaseholders. Whether the problems arose due to ambiguous and confusing legislation, a broken regulatory system, ignorance or incompetence in the construction sector, or suppliers of building products gaming the system; what is abundantly clear is that it was of no fault of the leaseholders who continue to face uncertainty despite today’s announcement.

“The Government must act now and support all leaseholders, in all affected buildings regardless of their height, with grants to bring this debacle to a close. It should then be on the Government to pursue those responsible through the courts to ensure the money is fully repaid. This has been going on for too long, it is completely unacceptable that we continue to have people living in buildings which are fundamentally unsafe and leaseholders facing financial ruin for believing that we had a regulatory system that was fit for purpose and robust. The FPA has made repeated requests for the Government to ban the use of combustible materials on all high-risk buildings; this situation is clearly of its own making and they must act now to bring this debacle to a close.”

In the episode below, we hear from Gill Kernick about the pressing need to improve building safety culture post-Grenfell.

Click here for more information and to view this Fire Safety eBook
Housing Secretary pledges additional £3.5bn to tackle cladding crisis Fund is in addition to the £1.6bn released for the Building Safety Fund, announced last year, and will be used to help remove unsafe cladding from high-rise buildings, but critics say the proposals fall short of what is needed.
James Moore
SHP - Health and Safety News, Legislation, PPE, CPD and Resources