Jamie Hailstone is a freelance journalist and author, who has also contributed to numerous national business titles including Utility Week, the Municipal Journal, Environment Journal and consumer titles such as Classic Rock.
February 6, 2018 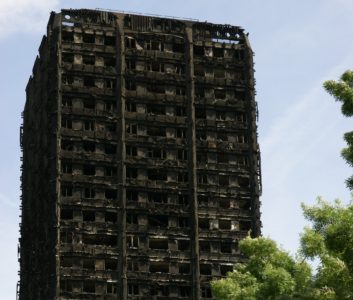 Opposition MPs have claimed the Government’s fire testing system is in “tatters”, after the Building Research Establishment (BRE) withdrew the results for the insulation used on Grenfell Tower.

Speaking yesterday in the House of Commons (6 February), Labour’s shadow housing minister John Healey made the warning, following the announcement last week that BRE had withdrawn the 2014 safety test results that approved the insulation materials used on Grenfell Tower.

“Seven months on from Grenfell, the national testing regime is in tatters,” said Mr Healey.

“How many other residents are living in how many other high-rise blocks with that same insulation, which now has an invalid approval?” he asked.

“Are any other BRE tests similarly flawed? In particular, is the Government’s own testing programme sound?”

Speaking for the Government, housing minister Dominic Raab said BRE was contacted by the insulation manufacturer, Celotex, after it identified “anomalies between the specification for a particular cladding system” it had submitted for testing and the actual system tested.

“It was alerted to the issue last week, and we were informed by the BRE last Wednesday. As a result, the BRE has withdrawn the classification report relating to that specific test, which was carried out in 2014. That is clearly the right thing to do.” He said.

The housing minister also faced repeated questions from various MPs like David Lammy and Jack Dromey, demanding to know when the Government would give financial support to local authorities, which now face multi-million pound bills to make buildings safe in the aftermath of the Grenfell tragedy.

In particular, Mr Dromey accused the Government of being “guility” of an “inexcusable delay” and added his own local authority Birmingham City Council has put specific proposals to the Government, but heard “not one peep” from ministers.

“The Government are treating the city and worried tenants with utter contempt. When will there be a response, so that the necessary works can start straightaway?”

The minister was also challenged by Labour MP Steve Reed to order the immediate removal of the cladding used in Grenfell from “every residential block where it is present”, including the Citiscape block in his own Croydon constituency, where residents are being asked foot the bill for repairs.

“I have been involved in relation to the Citiscape case in Croydon and we have made it clear to the freeholder there, just as we have done everywhere else, that there is a moral case for avoiding any unreasonable costs to leaseholders or tenants,” replied the minister.

“The leaseholders and tenants also of course have the option of going to the first-tier tribunal to settle an issue legally, and it would be wrong for ministers to interfere in that process.”

Click here for more information and to download this eBook
Grenfell: Labour warns national fire testing regime “in tatters” Labour has claimed the fire testing system is in “tatters”, after the BRE withdrew the results for the insulation used on Grenfell Tower.
Jamie Hailstone
SHP - Health and Safety News, Legislation, PPE, CPD and Resources