Adam Bannister is Editor of IFSEC Global. A former managing editor at Dynamis Online Media Group, he has been at the helm of the UK's leading fire and security publication since 2014.
September 21, 2016 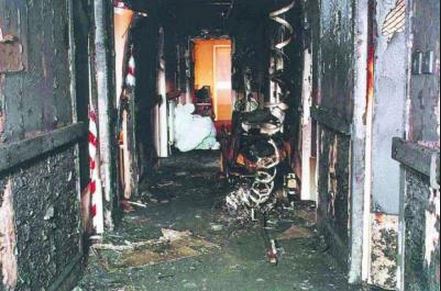 By Adam Bannister. This article originally appeared on IFSEC Global

Last month an Enfield-based care home was criticised for fire-safety negligence after a surprise visit by the Care Quality Commission (CQC).

While the subsequent report was not entirely negative – the home was praised for improvements “in identifying and assessing risks to people” – it’s a salutary reminder of the importance of maintaining high standards when it comes to fire safety in accommodation housing vulnerable residents with limited mobility.

The report on Elmhurst Residential Home, which is home to 14 residents with dementia, concluded that: “Most staff had not received training in fire safety and staff were not aware on how to evacuate people that lacked in mobility living in the upper floors.

“We found a person was high risk of causing fire; risk assessment had not been completed to mitigate this risk. Fire evacuation equipment had not been installed to evacuate people in the event of a fire.”

If you are opening a new care home, install a life safety sprinkler system. Without or without sprinklers, if you already have a care home, carry out fire drills twice a year. The residents’ safety comes first, but make fire drills as realistic for the staff as possible and learn lessons so that every fire drill goes better than the last one.” Dave Sibert, IRMP advisor at the Fire Brigades’ Union

A number of punitive fines handed down since the Regulatory Reform Fire Safety Order came into force in 2005 have shown that neglecting fire safety can be expensive as well as potentially fatal to residents. The costs of complying with the RRO pale in comparison to the size of the fines – which range from tens of thousands to hundreds of thousands.

Fire Door Safety Week 2016, which runs from 26 September to 2 October,
will focus on care homes along with HMOs and social housing.

Fourteen elderly residents lost their lives in 31 January 2004 after an earth fault in a cable passing through an electrical distribution board caused a fire in Rosepark Care Home in Uddingston, South Lanarkshire.

Occurring shortly before the RRO came into force the case has been a cause celebre in the fire safety industry.

Although the 141-day probe into the tragedy found that “some or all” of the deaths could have been prevented if the home had a “suitable and sufficient” fire-safety plan, two prosecutions of the home’s owners were dismissed in 2007 and 2008. Specific failings included a lack of fire dampeners, “inadequate arrangements” for calling the fire brigade and “limited attention” paid to evacuation procedure. Click here to read about the other, multiple failings.

While Scotland has clearly responded well to the Rosepark fire by requiring that all new care homes are provided with sprinkler systems, England has behaved as if the Rosepark care home was located in Papua New Guinea and the fire there had no relevance to the safety of some of the most vulnerable people in the country. There has been piecemeal implementation of some measures, but there was no coherent common response by government, fire and rescue services or the wider fire sector.” Dave Sibert, IRMP advisor, Fire Brigades’ Union

Fire broke out at the The Ambassador Care Home in Blackpool in January 2012. Forty residents and staff were evacuated and fortunately there were no injuries or fatalities.

But that didn’t mean the care home’s owner – DM Care Limited – were off the hook. They were fined £35,000 for fire-safety breaches including an absence of approved fire protection systems and alarms.

“The sentencing of DM Care is the culmination of a fire safety inspection in the aftermath of a fire which disclosed significant breaches of fire safety regulations that the prosecuting magistrate said could so easily have resulted in the loss of life,” said Paul Ratcliffe, protection support manager for Lancashire Fire and Rescue Service, after the fine was handed down.

The London Fire Brigade (LFB) prosecuted Morven Healthcare Ltd for multiple fire safety failings at Morven House in Kenley, Surrey. Pleading guilty to of five offences under the Regulatory Reform (Fire Safety) Order in May 2014 the care home company was slapped with a 45,000 fine.

Problems identified by the LFB at the home, which housed 17 residents including elderly people with dementia and disabilities, included: blocked fire exits, an out-of-date fire risk assessment, an inadequate fire detection system and an absence of an emergency plan in the event of fire.

Commenting on the case LFB’s Deputy Commissioner Rita Dexter said: “Families entrust the care of their loved ones to homes such as this one and to find people being put at risk from fire in this way, in places where they should be safe, is truly shocking.”

We’re looking at the management of fire risk and it’s proven that if they’re poorly managing their fire risk then they might be poorly managing some of their other services. So we share data with the CQC about where we’ve found poor management.” Nick Coombe, who provides fire-safety management support, audit and performance at the London Fire Brigade

Five breaches of fire safety rules landed the operators of Donwell House Care Home in Wearside with a £380,000 fine at Newcastle Crown Court in 2014.

Following a fire that broke out in the bedroom of one of the residents, Tyne & Wear Fire and Rescue Service discovered that fire doors in the property had been wedged open, allowing smoke and heat to escape the bedroom and fill the adjacent corridor. Firefighters rescued the resident via a first-floor window.

Inspectors discovered the operator – Shaftesbury Care Group Ltd – had failed to act on recommendations made in its fire risk assessment, including installing electronic devices to operate the opening and closing of fire doors.

Tirsul Ltd was ordered by Newcastle Magistrates Court to pay £18,750 in fines and £1,600 in costs for five contraventions of fire safety law at Bowland Lodge in 2011.

Following a fire at the property on 18 August 2009, fire safety officers reported a failure to conduct a suitable risk assessment, a lack of compartmentation to prevent fire spread and an unsafe external escape route because of building work. They also found that floors, walls and ceilings were inadequately maintained.

Linda Parkin, manager of the care home, was also fined £2,000 plus £400 costs after pleading guilty to one charge relating to a locked fire exit – showing that individuals as well as companies can be held culpable for failings. Officers found the fire exit nailed shut with a padlock fitted.