Fire doors and the critical role of sealing systems 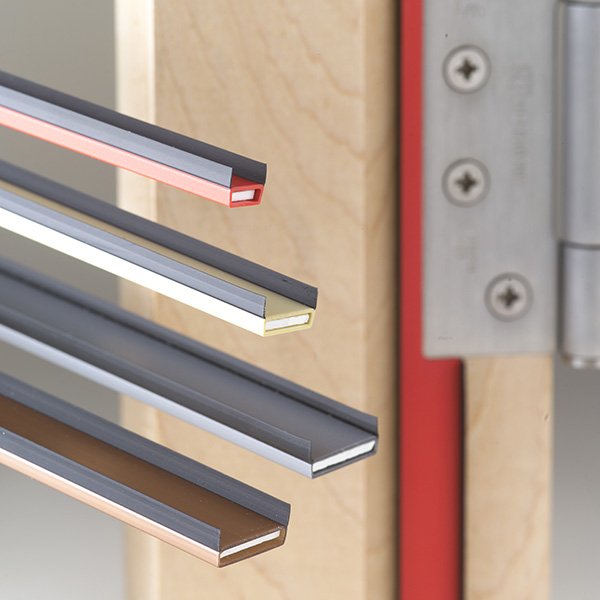 The latest fire statistics from the Department for Communities and Local Government show signs of improvement – in fact the lowest recorded statistics in the last fifty years. However, there were still 322 fire-related deaths and 9,748 non-fatal injuries in Great Britain between 2013 and 2014. Many of the casualties are attributable to breathing the toxic products of combustion from a remote fire. And many could have been avoided.

Fire and smoke also cause extensive damage to building fabric and contents; £2.52 billion per annum is the estimated total of fire-related losses. The majority of these deaths, injuries and losses occur in buildings where fire and smoke protection measures have been inadequate.

When a fire breaks out in a building the threat is twofold. Firstly, there is the fire itself and the smoke generated in the immediate vicinity. Secondly, there is cold smoke which will spread rapidly through the building, threatening people and property some distance from the seat of the fire itself. The Building Regulations take both these threats into account, and supporting documents give criteria for how they can be managed. Details can be found in Approved Document B (England & Wales), Technical Booklet E (N Ireland), and Technical Handbook Section 2 (Scotland).

The regulations require large buildings to be divided into smaller fire and smoke resistant ‘compartments’, to reduce the risk of damage to the building as a whole and also to save lives in the case of a fire. A fire door assembly plays an essential role in the compartmentation of a building, acting as a barrier to the passage of flames and hot gases; delaying the spread of fire for a designated period of time, and protecting the escape routes for the building’s occupants.

A typical fire door assembly comprises a number of essential elements which are tested together as complete, functioning assemblies. These include: the leaf, the frame, the glazing aperture, ironmongery, such as hinges, hydraulic closer, latch, etc – and the perimeter sealing system.

A door sealing system, properly located and secured, prevents the passage of cold smoke, fire and hot smoke, and sound. Such a system would typically be formed by an intumescent fire seal fitted to the head and jambs of the door frame or door leaf. In the event of a fire the intumescent seal expands, sealing the perimeter gaps between the door and frame; providing an effective barrier to fire and hot smoke.

Cold smoke seals are fitted into the door frame or leaf, and ideally the threshold (when there is gap over 3mm); this gap tends to be much larger than the perimeter gap and is commonly overlooked, it’s also a ‘straight-through’ gap, with no door stop. When the door is closed, the seals provide an effective barrier to the passage of cold smoke; as well as other lifestyle benefits such as acoustic containment and thermal insulation.

The type and number of seals required and their location in the doorset are dependent on a number of factors, including:

Where possible, it is important to consult door manufacturers’ test evidence.

With all life safety products, third party certification, involving independent testing and auditing, should be the minimum standard demanded for every building. There are a number of third party accreditation schemes that set benchmark quality and performance requirements, which go beyond simply passing a single fire or smoke test – these include: CERTIFIRE, BBA and IFC.

By carefully selecting tested, third party accredited sealing systems that demonstrate all-round performance, it is possible to meet all the requirements in any situation, while making a positive contribution to quality of life (sound and thermal containment), and life safety (fire and smoke containment).

Dunstan Ferris, AMIOA, DipFD, CertFDI is Lorient’s Technical Consultant. With more than 20 years’ door industry experience, Dunstan is a Certificated Fire Door Inspector (The FDIS is delivered by the BWF-CERTIFIRE Scheme and the Guild of Architectural Ironmongers).

Click here for more information and to view this Fire Safety eBook
Fire doors and the critical role of sealing systems The latest fire statistics from the Department for Communities and Local Government show signs of improvement – in fact the
Safety & Health Practitioner
SHP - Health and Safety News, Legislation, PPE, CPD and Resources