‘It appears that innovation has missed this sector for decades’: In conversation with Firexo Chief Executive, Dave Breith

SHP Online recently spoke with the Chief Executive of Firexo, Dave Breith to discuss the importance of innovation in the fire safety sector.

Mr Breith’s company has produced a ground-breaking new fire extinguishing liquid, Firexo, which is able to quickly extinguish all classes of fire, is environmentally friendly and requires small volumes to put out a fire.

In one test, nine litres of the liquid put out a car fire in an average time of just 53 seconds, compared with conventional methods which can take around 45 minutes to an hour and 1,800 litres of water.

Why is fire safety important to the public sector and why should organisations keep on top of the issue? 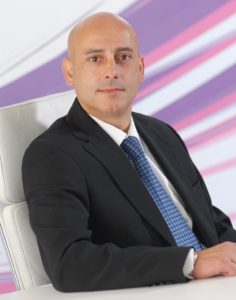 Dave Breith (DB): “If you look at the public sector and some of the specific statistics, they are quite overwhelming. In just the last year in England, there were 15,500 non-residential fires, 600 fires in medical centres and 700 in education facilities. There’s an average of three fires a day in UK schools and the cost of each fire is around £44,000 per incident. It also costs £2,000 every time the fire brigade is called out. The number of fires each year is increasing and fire rescue service budgets are being reduced. With those statistics, it’s pretty clear that a more sensible approach needs to be adopted. There needs to be a greater emphasis on proactive methods and adopting new technologies, rather than just reacting to incidents.”

Do you think public sector organisations paying enough attention to this subject?

DB: “Personally, I would say no. It appears that innovation has missed this sector for decades. I attended an event recently and there was a spokesman for Merseyside Fire and Rescue Service and he talked about the multi-storey car park (Liverpool Echo Arena) where there was 1,400 cars on fire back in late 2017. He talked about the guidelines for how they tackle this kind of fire. He said the guidelines were last updated in 1968 and based on cars from the 1950s. This sector needs to be brought into 2019, utilising knowledge and technology and knowledge, which is available now and not from seven decades ago.”

Is it important for fire and rescue services to keep up to date with all the technological progress that is going on?

DB: “There should be stringent research and development processes in place within the fire and rescue services looking at new technologies and ways to maximise the budgets they have. Installing the right equipment is key, and people need to know what to use on what kind of fire. Ongoing training is clearly essential.”

Is it important to have evacuation plans in place?

DB: “It’s important to have regular assessments, identifying any changes within the workplace and having continuous improvement. You have to accommodate everyone, especially who might be at greater risk than some – like the vulnerable. You have to reduce the potential risks where possible. You can’t do that regularly enough.”

Do organisations need to look at fire safety as a chance to invest to save?

DB: “With the amount of fires increasing and budgets reducing, it’s time for people to open their eyes and invest now. The guidelines clearly need to be updated on how to tackle fires, but making investments now will pay dividends in the future – and not just reducing fires and costs, but saving lives and people from the emotional effects of a fire.

How are products like Firexo a game changer for the industry?

DB: “Firexo aims to deal with all fires. This is 2019. Our product does not really fit into the guidelines, because the standards were written decades ago. Those standards need to be brought up to date. It’s not 1968 any longer. Firexo is able to tackle all fires, very fast and efficiently. Dealing with fires fast and efficiently reduces cost and damage, whether you are talking about property or lives. There are other technologies out there which need to be evaluated as well.”

Can it really put out a car fire in 50 seconds? 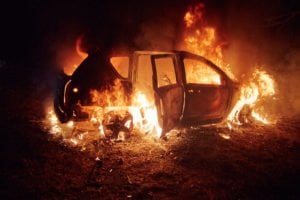 DB: “The fastest one we have ever put out is 15 seconds and the longest one was about two and half minutes. Not many go over a minute.”

How important is it to put out blazes as quickly as possible?

DB: “The benefits are obvious. If a fire was on a busy road or a highway, traffic can get moving quicker. You would also not have black smoke bellowing out in the sky for 30 or 40 minutes, which has to be got to be good for the environment. And putting the fire out quickly means less damage, either to the car or the road. Every car fire costs £15,000 to put the road surface back to normal. And the fire and rescue services can get back to the station quicker as well. It also has a huge knock-on effect in terms of using less water. Every single aspect has a benefit.”

Can products like this help win back some of the public’s trust after incidents like Grenfell Tower?

DB: “If you talk to anybody and say ‘do you know there are lots of different fire extinguishers?’ everybody knows that. If you say ‘all of those fire extinguishers have a specific purpose in life and depending on what type of fire it is, you have to use one of them’ everybody knows that too. Then you say ‘if you use the wrong one, it can have disastrous consequences and make the fire worse’, everyone says they know that too. But not many people know which ones to use with different fires. Just taking the confusion out of the market could huge benefits.”

Access your free download
‘It appears that innovation has missed this sector for decades’: In conversation with Firexo Chief Executive, Dave Breith The company has produced a new fire extinguishing liquid, Firexo, which is able to quickly extinguish all classes of fire, is environmentally friendly and requires small volumes to put out a fire.
Jamie Hailstone
SHP - Health and Safety News, Legislation, PPE, CPD and Resources

Workplace DNA – Learning rather than training, in conversation with Founder David Sharp