Safety and Health Practitioner (SHP) is first for independent health and safety news.
May 3, 2021

Lynne Gray, Partner at Burness Paull LP, looks into the recent Cameron House Hotel judgment, which resulted in a £500,000 fine for fire safety failings that led to the deaths of two guests in 2017. 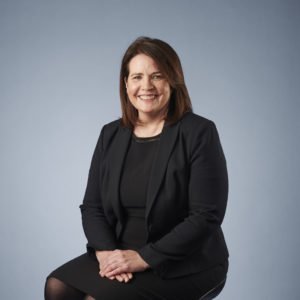 At a time when the majority of people are working from home in the middle of a pandemic, fire safety may not be top of any Board agenda.

However, the sentencing in the Cameron House Hotel fire prosecutions on Friday 29 January 2021 serves as a timely reminder of the importance of fire safety in non-domestic premises.

The case also provides an important precedent under the Scottish Fire Safety Regime, in particular the Fire Safety Scotland Act 2005 and related regulations developed following the tragedy at the Rosepark Care Home fire in 2004.

An employee, a night porter at the premises, also pled guilty to an offence under the Health and Safety at Work Act 1974. The porter received a community payback order to carry out 300 hours of unpaid work.

The fatal fire broke out at the five star hotel on the banks of Loch Lomond in December 2017, a week before Christmas.

The consequences of the fire were significant, both in relation to the structural integrity of the hotel and the ultimate tragedy in taking the lives of two hotel guests unable to safely exit the hotel after being overcome by smoke and gases produced by the fire.

The incident was caused by ashes from an open fire having been placed in a plastic bag and left in a cupboard, containing combustibles. It was the night porter who had placed the ashes in the bag in the cupboard.

The indictment against the company identified three separate failings:

Quite simply, the night porter and other employees had not been instructed in what to do with the ashes from open fires and therefore there was room for them to improvise.

Recommendations by third party fire risk assessors appointed by the company made in 2016 and reiterated in 2017 to implement a written policy covering the emptying of open fires were not actioned.

Audit actions raised by the Scottish Fire and Rescue Service (SFRS) twice in 2017 relating to the unacceptable storage of combustibles in the cupboard went unheeded – laying culpability firmly on the company.

Sheriff William Gallacher imposed the £500,000 fine, reduced from £750,000 in recognition of an early guilty plea, avoiding what would have been a lengthy and complicated trial. The fine in this case could still be subject to appeal.

Both the Rosepark Care Home fire and Cameron House fire started in cupboards. They were catastrophic fires that were totally avoidable.

This tragedy is a stark warning to businesses that they should, beyond just fire safety, ensure there is a clear understanding of relevant duties, open communication and a culture of compliance within their workforce when it comes to health and safety.

The owners of the hotel ‘unreservedly’ apologised for thier part in the failings and have implemented a suite of fire safety measures for its reopening due later this year. A spokesperson told IFSEC Global: “Nothing can ever atone for the losses which the families have endured. However, in redesigning and reconstructing the hotel, we have incorporated a comprehensive range of fire safety measures which include a modern ‘water mist’ fire suppression system throughout the entire building, a full fire detection and alarm system, strictly compartmentalised floors and fire-rated walls in every bedroom.”

Footage from the event from STV News can be watched in the video below.

Following a thorough investigation and criminal prosecution leading to the conviction of two parties Crown Counsel, on behalf of the Lord Advocate, have decided not to hold a Fatal Accident Inquiry into the deaths of Richard Dyson and Simon Midgley at Cameron House Hotel in December 2017.

The multi-agency investigation carried out by Scottish Fire and Rescue Service (SFRS), West Dunbartonshire Council and Police Scotland was overseen by the Crown Office and Procurator Fiscal Service (COPFS).

These investigations led to criminal prosecutions in which Cameron House Resort (Loch Lomond) Limited and Christopher O’Malley admitted responsibility for the fatal fire.

The purpose of a Fatal Accident Inquiry is to determine the cause of death and to establish what lessons can be learned for the future in order to minimise the risk of future deaths in similar circumstances.

Crown Counsel are satisfied that the reasons for this tragedy have been established and that the circumstances of the deaths were publicly identified during the prosecution process. The sheriff’s sentencing statements from these cases are published and provide an account of the events of the fire and the failings which were admitted.

In addition, Crown Counsel note that SFRS will engage with the accommodation sector to highlight the investigation and the tragic outcomes from the incident at the Cameron House Hotel and that this approach will be shared with UK Fire and Rescue Services to inform best practice.

In light of these judicial findings and safety review, and the detailed understanding available to SFRS of the events around the fire, Crown Counsel concluded that the public interest would not be further served by an FAI as the purpose of such an inquiry has already been met.

Alistair Duncan, Head of the Health and Safety Investigation Unit of COPFS, said: “COPFS appreciates the impact the fire has had on the families and friends of Mr Dyson and Mr Midgley and many other people who were at the hotel that night.

“The nearest relatives of those who lost their lives have been provided with detailed reasons for the decision not to hold an FAI and our thoughts are with them at this time.”