Jamie Hailstone is a freelance journalist and author, who has also contributed to numerous national business titles including Utility Week, the Municipal Journal, Environment Journal and consumer titles such as Classic Rock.
October 11, 2018

NHS England has revealed it will provide up to £50m for a long-term screening and treatment programme to help those affected by the Grenfell Tower fire. 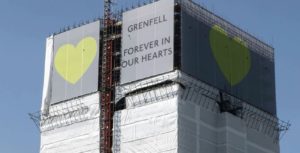 As part of the programme, former residents of the Grenfell Tower block will be invited to regular health MOTs, which will assess all of their health needs in one place, including the potential long-term impacts of the fire.

It will build on the work that the NHS has already done with the community and complements existing mental and physical health services.

The scheme also ensure that those who may have physical healthcare concerns, such as respiratory illnesses resulting from smoke inhalation, get the regular reviews and any subsequent treatment that they need.

The services will be carried out by a partnership of local GP practices, Central and North West London Foundation Trust and community outreach and will be available for survivors from the tower block fire, bereaved families and friends and the local community.

“For those people who were affected by this horrendous tragedy, their pain is not over and many continue to face real difficulty,” said Mr Stevens.

“NHS staff and the local community have been working hard from day one to support the Grenfell community. The NHS was there when people needed us and we’re determined to stay the course. That’s why we are now introducing a new dedicated service to ensure those affected continue to have their health needs fully met.”

According to NHS England, nearly 4,000 residents have already been screened by GPs and mental health practitioners.

The updated health check services are due to be available in November this year.