A landlord and the Responsible Person for an office block in Bedford have been fined over £40,000 for multiple and repeated breaches of the Fire Safety Order. 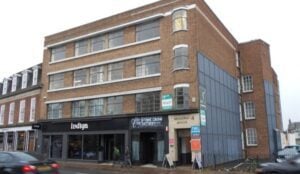 The owner of Broadway House, Mrs J Lusty, and the Responsible Person, Mr D Lusty, were given a Notice of Deficiencies letter in June 2019, after an audit under Bedfordshire Fire and Rescue Service’s (BFRS) Risk Based Inspection Programme (under the Regulatory Reform (Fire Safety) Order 2005). They were given two months’ notice to rectify the issues. Follow-up inspections in October 2019 and February 2020 revealed that no action had been taken, and an Enforcement Notice was served on Mrs J Lusty as the owner.

The Enforcement Notice stated the following:

The owner was given a further three months to address the issues. A follow-up inspection showed that while new firefighting equipment had been provided, all other actions detailed in the notice had not been addressed. These failings in fire safety measures placed one or more persons at risk of serious injury or death should a fire occur, and prosecution proceedings were instigated. 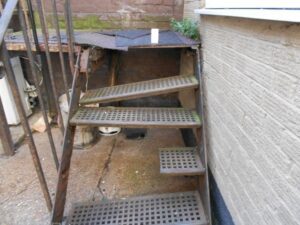 Mr Lusty pleaded guilty to all offences, and sentencing took place on 18 March 2022. The Magistrate stated that there was a history of non-compliance going back to 2015, and that the failure to provide adequate fire safety measures was a serious offence. A fine of £10,000 for each of the four offences was levied, totalling £40,000. Full costs were also awarded to Bedfordshire Fire and Rescue Service, equating to a further £10,525.

Chief Fire Officer, Andrew Hopkinson said: “This prosecution sends out a clear message to landlords that if you do not comply with the required fire safety regulations then we are prepared to take enforcement action to keep people safe.

“This individual didn’t comply with the law and left their tenants at serious risk by affecting the ability of the occupants to safely escape should a fire occur. It is our role at Beds Fire to ensure that our communities are safe, we will look to provide support and advice where required, but if people are put at risk, then we will not hesitate in taking further action. Several serious offences were committed by the landlord and the Magistrate recognised this in his judgement and in the level of fines imposed.”

This story was originally published by the Fire Protection Association (FPA).

Click here for more information and to view this Fire Safety eBook
£40k fine for landlord over non-compliance of fire regulations A landlord and the Responsible Person for an office block in Bedford have been fined over £40,000 for multiple and repeated breaches of the Fire Safety Order.
Safety & Health Practitioner
SHP - Health and Safety News, Legislation, PPE, CPD and Resources