Jamie Hailstone is a freelance journalist and author, who has also contributed to numerous national business titles including Utility Week, the Municipal Journal, Environment Journal and consumer titles such as Classic Rock.
October 25, 2018

A smoke alarm playing a recording of a mother’s voice is more likely to wake a sleeping child than one with a conventional high-pitched alarm, according to a new study. 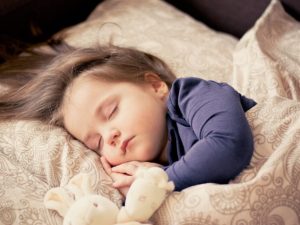 In a study published in the Journal of Paediatrics, researchers from the Center for Injury Research and Policy and the Sleep Disorders Center at Nationwide Children’s Hospital in the United States found that a sleeping child was about three times more likely to be awakened by a smoke alarm playing a human voice than one with a regular tone.

The researchers tested three alarms that used the mother’s voice in addition to a high-pitch tone smoke alarm commonly used in homes with 176 children, aged between five and 12 years old.

The alarms using the mother’s voice awakened 86-91% of children and prompted 84-86% to “escape” from the bedroom, compared with 53% awakened and 51% escaped for the tone alarm.

Because the human brain responds differently to the sound of our own name, even during sleep, the researchers wanted to test whether including the child’s first name in the alarm message made a difference in alarm effectiveness.

However, no significant differences were found between each pair of the voice alarms, regardless of whether the child’s name was included in the message.

“Children are remarkably resistant to awakening by sound when asleep,” said Mark Splaingard, MD, co-author of the study and director of the Sleep Disorders Center at Nationwide Children’s Hospital.

“Children sleep longer and deeper than adults and require louder sounds to awaken than adults. For these reasons, children are less likely to awaken and escape a night-time home fire. The fact that we were able to find a smoke alarm sound that reduces the amount of time it takes for many children five to 12 years of age to wake up and leave the bedroom could save lives.”

Future research will include assessing the role of mother’s voice versus a generic female or male voice and also comparing the voice alarm with a low-pitch tone alarm.

But the researchers urge all families to continue to use traditional smoke alarms as recommended while research continues.

“These new findings put us one step closer to finding a smoke alarm that will be effective for children and practical for parents,” said Gary Smith, MD, DrPH, Lead Author of the Study and Director of the Center for Injury Research and Policy at Nationwide Children’s Hospital.

“This study confirmed that a maternal voice alarm is better than a traditional high-pitch tone alarm for waking children and prompting their escape under conditions typical of homes. It also showed that the mother’s voice was enough to be effective without using the child’s first name. This means one alarm could work for multiple children sleeping near each other in a home.”

Click here for more information and to view this Fire Safety eBook
Smoke alarms: Mother knows best A smoke alarm playing a recording of a mother’s voice is more likely to wake a sleeping child than one with a conventional high-pitched alarm, according to a new study.
Jamie Hailstone
SHP - Health and Safety News, Legislation, PPE, CPD and Resources