Research conducted by Eaton, a power management company, suggests that universities need to invest more in existing technology that will improve fire safety for students and staff, as reported on IFSEC Global. 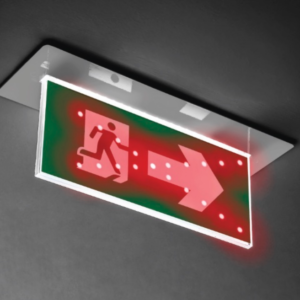 One in four universities received complaints on fire safety or building evacuation. This could be due to the high numbers of institutions only abiding to the minimum expected standard required by regulation in the UK.

Modern universities that invest in equipment that caters to the demand for 24/7 access to workspaces such as, electrical devices and energies, should also and more importantly, invest in existing technology to improve fire safety.

This is because previous research has revealed that 54% of all fires in the UK were caused by an electrical defect, considering potential consequences from electrical faults and having an effective emergency procedure is can minimise this. Examples of existing technologies for fire suppression and fire detection such as:

Arc Fault Detection Devices (AFDDs) have the ability to digitally monitor the wire for specific frequencies that can indicate an arc fault and are considered the best practise in circuit protection, however 63% of responding universities said they do not have AFDDs put in place.

The 18th edition of the IET Wiring Regulations 2018 includes recommendation for the installation of AFDDs as a solution to decrease the risk of fire due to the effects of arc fault currents.

Adaptive evacuation signage are useful in university institutions because they use digital technology to switch between a number of predefined routes in the event of a fire, to guide people towards the safest available exit.

Although there is a high number of universities that focus on the evacuation of their staff and students in the event of a fire, there are currently no regulations to also support the implantation of technology which also helps individuals exit a building efficiently, such as Adaptive Evacuation Signage. Only 16% of universities surveyed said they plan to implement them in the next three-years.

Segment Marketing Manager at Eaton, Marc Gaunt, commented: “adaptive technology that responds to specific circumstances to ensure safe evacuation of occupants is particularly important for universities, considering the size and complexities of many campus buildings.”

“New technologies are available that help avoid congestion or unintentionally guiding people towards the threat when trying to evacuate. In a university, where the safety of students is utmost importance, its imperative facilities managers are continually educating themselves on the newest evacuation technologies and that they are sharing knowledge with key stakeholders.”

Working with gas, or on something that could release gas or affect the ventilation of a gas appliance or ignite gas, is high risk. Risk assessment, control measures and the use of competent people is essential. It is an offence to work on a gas appliance or a gas fitting unless you are trained and competent to do so. Those working on gas equipment, other than industrial process plant, are required by law to be Gas Safe registered.