Several of the UK’s major housebuilders have announced focused pots of funding to be used on the replacement of cladding and other fire safety issues. 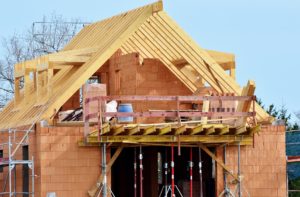 Taylor Wimpey has set aside £125m for its own fund, while Persimmon and Barratt Developments have set aside £75m and £56m respectively.

Chief Executive of Taylor Wimpey, Pete Redfern, noted that the fund would not cover the cost of temporary safety measures, such as fire patrols – something that the Government recently pledged a commitment to via its £30m Waking Watch fund, which is designed to provide funds for fire alarm systems to replace patrols.

The company said the work could affect more than 230 buildings – and will include those under 18m tall, which are not eligible for much of the Government’s funding support. Announcing an extra £3.5bn in support to remediate cladding on unsafe buildings a few weeks ago, UK Housing Secretary Robert Jenrick made it clear that the pot would only be used for those over 18m (or six storeys) high.

In response to Taylor Wimpey’s announcement, Mr Jenrick said: “I welcome today’s announcement that Taylor Wimpey is paying for the remediation of unsafe cladding on the properties they built. This is the responsible approach that I expect developers across the country to take, and I’m calling on others to do the right thing as well.”

The housebuilder revealed pre-tax profits fell in 2020 due to the coronavirus pandemic to £264m, though looking ahead it was confident about the medium-term strength of the housing market.

The concern over the focus on cladding remains a concern, too. Persimmon’s £75m is dedicated to fixing cladding issues, but as campaigners continue to point out, this is only one of several fire safety risks that need to be addressed, following a greater focus on fire safety as a result of the Grenfell Tower tragedy and subsequent inquiry.

Gill Kernick, a prominent campaigner on the subject, highlighted just this in a recent interview on the Safety & Health Podcast, saying: “The risk of the buildings is not being viewed systemically. It wasn’t just the cladding, but a combination of factors – including fire doors, ventilation systems and escape routes – that caused so many deaths. A siloed focus on cladding is evidence that the scale of the problem is not being fully considered.” Read more from the interview with Gill here.

Listen to the full podcast with Gill Kernick, below.

Alongside the £75 Persimmon has pledged to fixing unsafe cladding on its buildings, its new Chief Executive, David Finch, has also expressed the housebuilder’s commitment to quality control. Its team of “independent quality controllers who will check every stage of construction” is set to be doubled by the end of the year, while there will be a greater focus on training and standards.

An independent report commissioned by Persimmon in 2019 was damning of its fire safety standards. Incorrectly installed cavity barriers in timber frame properties, alongside a poor corporate culture were highlighted as key issues. The review noted that the cavity barrier problem was a “manifestation of a lack of supervision and inspection of the way in which building work is carried out, both by Persimmon’s own labour and Persimmon’s sub-contractors”.

Click here for more information and to view this Fire Safety eBook
Major UK housebuilders commit funds to fire safety works Several of the UK’s major housebuilders have announced focused pots of funding to be used on the replacement of cladding and other fire safety issues.
James Moore
SHP - Health and Safety News, Legislation, PPE, CPD and Resources