Adam Bannister is Editor of IFSEC Global. A former managing editor at Dynamis Online Media Group, he has been at the helm of the UK's leading fire and security publication since 2014.
August 29, 2019

How much of a fire risk are the Houses of Parliament?

Guy Fawkes, the Great Fire, V for Vendetta: the image of the Houses of Parliament on fire – or Palace of Westminster, if you prefer – is an evocative one. James Beale, Operations manager, Invicta Fire Protection, spoke to IFSEC Global about the potential damage a fire could cause. 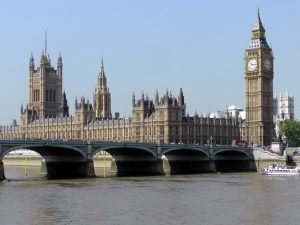 The historic building is not just an iconic location, but also the seat of power in England for almost a thousand years. Should it catch light, the effect would be similar to Notre Dame or any other great landmark – a tragedy for both its history and what it represents.

The recent news from MPs then is striking. A chorus of concerns seem to suggest that the buildings are on their last legs, and that urgent intervention is needed to keep them from spontaneously combusting.

Is the danger posed by Parliament really that grave, or are MPs embellishing – and what would fire safety improvements to this old building look like?

When you imagine the destruction of the Houses of Parliament, Guy Fawkes is probably the first thing that comes to mind. Yet the Catholic revolutionary only need have waited a couple hundred years, when the Palace – and an unwitting accountant – would do the job for him.

As history buffs no doubt know, the Palace we see today isn’t the original. In October of 1834, when an accidental fire levelled the entire complex.

Started by tally sticks thrown into two furnaces, the resulting chimney fire spread across the buildings, with only the ancient Westminster Hall being spared. A few people even braved the fire to run in and save artefacts, including the ancient Ceremonial Mace – not a course of action we would ever recommend.

The Palace was subsequently rebuilt in the Gothic Revival form that we recognise today, with the medieval Westminster Hall tacked on the side. Yet while renovations have been performed since then, the guts of the building haven’t changed in more than 70 years.

Swathes of cabling, gas and water pipes have not been replaced since the Second World War, and the building is still packed with deadly asbestos, which has to be carefully managed and repaired.

Repairs were necessary as far back as the 1980s, but it took until last year for MPs to agree on a plan to renovate the property. Yet the idea seems to have been put back on hold – partly because of Brexit, but also because of logistics.

Not only will the renovations cost an immense amount of money – last calculated at between £3.5bn and £4bn – but they will also force MPs out of the building. Arrangements still have to be made to house Parliament elsewhere, which is difficult when so many political crises are being dealt with.

With trust in politics having decreased over recent years, the renovations may be seen as an opportunity to modernise in more ways than one.

Some have suggested that a purpose-built complex for Parliament away from London could restore trust in democracy, as well as removing the adversarial nature of the opposing benches in the Commons, instead replacing them with a circular format like Germany’s Bundestag. While this is highly unlikely, there are substantial improvements to be made, affecting all aspects of life in the buildings.

One such example is providing greater disabled access, which is both a democratising move and a benefit to the safety of occupants. Another is the replacement of nearly 200 miles of cabling for telephones, recording and broadcast equipment, all of which could help to connect the halls of power more closely to the people.

Elsewhere, however, the improvements are very much safety-focused. Strikingly, the latest warnings come after a round of fire safety improvements last year, including new fire doors, emergency signs and a water mist system.

Ageing, corroded steam, gas and water pipes are stacked on top of each other, and sit parallel to ageing electrical wires, posing a serious fire risk. Damage and weathering to the building exterior is also causing water to leak in, and increasing the risk of structural issues such as falling debris, or even collapse.

The dense network of corridors and rooms for MPs and staff also pose a risk in the event of a fire, and the asbestos insulation and lagging – likely also a fire protection measure – will have to be carefully removed and replaced. 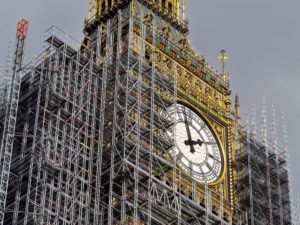 Most people would agree that historic sites like the Palace of Westminster ought to be preserved and protected, but it’s often hard to stomach the fees involved.

Particularly at a time when the national budget seems tighter than ever, spending £4bn on Parliament could be seen as a vanity project for MPs, and some way down on the list of priorities. Ultimately, there can be no skimping when it comes to safety – particularly in the case of these old buildings.

MPs are right to cite the fire at Notre Dame, as it reflects the reality of how buildings were constructed up to the past century. The risks are such that extra provisions must be made to protect them, even if this costs more – and compromises the history of the structure.

We saw how the fire at Notre Dame escalated because of the lack of firewalls or barriers in the attic space. Authorities opted against them as they would damage the historic beams, instead opting for prevention and oversight. The beams are now destroyed, and the cost of restoration is myriad times what it would have been to install passive fire protection.

Big Ben is under restoration, and yet the decision to upgrade a place where thousands of people work has been put off. Delays to installing safety measures often precede tragedy, as they reflect a mindset that safety can wait, and that if nothing bad has happened so far, it probably won’t happen at all.

This is a dangerous example for the leaders of the country to be setting, and earmarks 2019 as the perfect time to change this. With Brexit on the horizon, MPs have a choice as to the Britain they want to reflect: one where the halls of power are brought into the 21st century, or one where they go up in flames.

Click here for more information and to download this eBook
How much of a fire risk are the Houses of Parliament? Guy Fawkes, the Great Fire, V for Vendetta: the image of the Houses of Parliament on fire – or Palace of Westminster, if you prefer – is an evocative one. James Beale, Operations manager, Invicta Fire Protection, spoke to IFSEC Global about the potential damage a fire could cause.
Adam Bannister
SHP - Health and Safety News, Legislation, PPE, CPD and Resources