Plans to build a 51-storey, 174m high tower block in east London have been put on hold due to fire safety concerns. 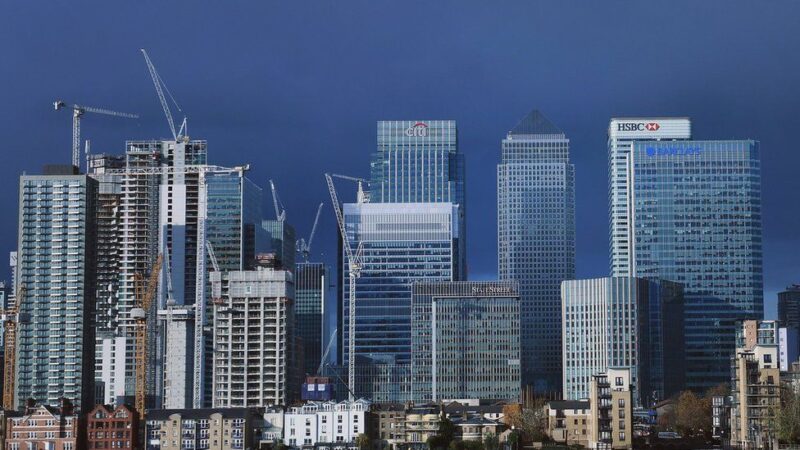 The London Fire Brigade (LFB) raised concerns that the skyscraper’s design meant residents would not have the adequate means of escape should an emergency occur.

The developer claims its schemes were all built in line with safety standards. Under the plans, the skyscraper, set to be called Cuba Street, will be one of the tallest buildings in the area.

The scheme was initially approved by Tower Hamlets councillors, but the planning meeting was cancelled after last-minute intervention by LFB.

A spokesperson for LFB said: “We do have concerns that the design submitted does not provide suitable and convenient means of escape and associated evacuation strategy for all building users.”

The brigade also highlighted that, in properties with a single staircase, a developer would be expected to demonstrate “resilience” of a building in the event of a fire, which had not been done in this case.

Developer, Ballymore, says it had been asked for information which it could not provide at such short notice, but the scheme had only been put on hold and not cancelled.

A spokesperson for Ballymore comments: “We are more than happy to provide that clarification and will continue to work closely with the LFB and local authority towards presenting the scheme for planning approval in due course.”

In a statement, Tower Hamlets Justice for Leaseholders, says that it considered the move to be a “sign of the start of a new era in fire safety.”

Secretary of the Tall Building Fire Safety Network, Russ Timpson, says: “In my opinion, you have to build resilience.

“You have to have a plan A and a plan B because if stay put doesn’t work, a simultaneous evacuation is an almost impossible challenge with a single staircase. Around the world, firefighters talk about having one escape stair and one attack stair.” 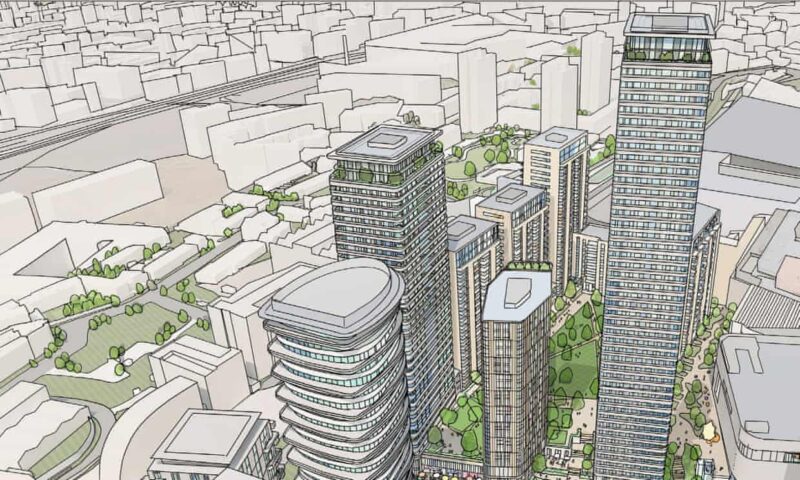 Photograph: Hammersmith and Fulham Planning Department, via. The Guardian

A new apartment skyscraper with just one fire escape staircase is also being planned just a few hundred meters from Grenfell Tower, in a move that survivors of the disaster have called “shocking”.

The proposed tower would be twice the height of Grenfell and accommodate hundreds of households but would rely on the same “stay put” strategy that failed on 14 June 2017, contributing to multiple deaths, according to planning documents.

The tower would have flats up to 35 storeys high, as part of a complex of 1,760 new homes planned by the owner of the Westfield shopping centre is west London. The scheme, by Unibail-Rodamco-Westfield (URW), a $46bn global developer, includes a second tower which is also designed with a single fire escape.

Grenfell Untied, a group representing the survivors and bereaved, says: “After half of a decade of campaigning for safer homes, it’s shocking to hear that a new tower block, a stone’s throw away from Grenfell, rigged with a fire safety defect before it’s even built, is being planned.”

The developer insists building safety is a key priority. Apartments in the new complex will feature sprinklers and there will be evacuation lifts for disabled residents. It will also have 100% non-combustible facades. The strategy in the event of a fire is for residents to ‘stay put’ on the basis that the building is designed to stop fires spreading from flat to flat.

Various fire safety experts have claimed that it’s “madness” that single staircases are still legal, not least after the Grenfell disaster.

Pressure is now growing for a change in the rules on staircases. A spokesperson for the London borough of Hammersmith and Fulham, the planning authority, comments: “The safety of residents is our number one priority. We take a tough line with developers to ensure that anything they build is fully compliant with all safety and other regulations as a minimum, and that local people are fully consulted.”