‘Collaboration will be key to implementing cultural change in building safety’ – Peter Baker, Chief Inspector of Buildings, outlines his priorities

As part of the Building Safety Bill’s proposals, a new Building Safety Regulator will be developed to oversee the safety and performance of all buildings. IFSEC Global Editor, James Moore, spoke to Peter Baker, the newly appointed Chief Inspector of Buildings at the HSE, who will lead the programme to develop the role. 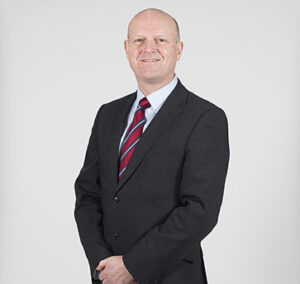 Among the 334-page Draft Building Safety Bill, which forms a key part of the UK Government’s plans for the “biggest changes to building safety in a generation”, is the development of a new Building Safety Regulator (BSR). The role will have several functions (read more about the Building Safety Regulator role, here), but ultimately will be responsible for all major regulatory decisions made at key points during a building’s design, construction, occupation and refurbishment.

Housed within the HSE, a new Chief Inspector of Buildings position was formed earlier this year to develop the formation of the regulator role – also to be under the HSE – and its surrounding infrastructure. Peter Baker was appointed in February to the position, having previously been the HSE’s Director of Building Safety and Construction.

While Peter concedes fire safety in buildings isn’t traditionally a HSE specialism – though it does regulate fire safety procedures at construction sites themselves – the department worked closely with Judith Hackitt on her initial Grenfell Tower report, providing its expertise in regulating industries such as the construction sector. Peter also highlights that both the position he currently holds, and that of the BSR when it comes into fruition, will continue to work closely with those experts in the sector such as the Fire and Rescue Services and National Fire Chiefs Council (NFCC), when developing policies and procedures related to fire safety.

Challenges ahead for building safety will require collaboration

Peter views his priorities as three-fold. First, while much is dependent on the process (and any changes this may entail) of the Building Safety Bill which currently remains in the parliamentary cog, his team will work to continue with the transition programme to establish the Building Safety Regulator and build the infrastructure for it to operate at scale.

Certainly, he believes, there is enough policy intent to start this process, but it will also require significant collaborative efforts with the local regulators – such as Fire and Rescue services – to deliver the safety case regime for buildings in scope. Several regulatory regimes will continue to work in parallel, including the Fire Safety Order and Health & Safety at Work Act, so collaboration to get everything joined up will be crucial to the process.

Peter’s second priority will be to start becoming much more visible, as he expands upon: “The new regulatory regime will require quite a step change in attitude, behaviour, leadership and performance from both the construction industry and the building owners and landlords. For the first time there will be a very clear dutyholder who will be responsible and accountable for ensuring the fire and structural safety of the building. The regulator’s role will be to hold them to account.

“A major systematic weakness recognised by Dame Judith Hackitt was that it wasn’t previously clear who was responsible for fire safety, and also that the regulators were often deemed part of the quality control process,” Peter notes. Instead, the principle will now be that that those creating the risk, will manage the risk. As a consequence, the regulator’s job will be to ensure those managing the risk are doing so properly. Such an approach will be new to many dutyholders, so part of this priority will be to educate the necessary stakeholders, ensuring they fully understand the vulnerabilities of their buildings and what will be required of them.

A holistic approach from the sector will be vital, if stakeholders are to be fully engaged, adds Peter: “I’ll be working to support and encourage the education process, but this will also require industry to step up and be visible collectively to lead their own communities so we can all work together in the interim process.”

Concerns over cladding, amongst others, will continue to sit with the Government, but Peter recognises the need to ‘start again’ with resident engagement. “As the BSR-in waiting, we need to start painting the picture to residents of how it will be different in the future and how the system will better protect them. These processes will be designed to prevent a tragedy like Grenfell from ever happening again.”

In a recent interview with prominent Grenfell campaigner and risk consultant, Gill Kernick, she highlighted to SHP and IFSEC Global the requirement for the construction sector to start ‘owning the risk’ – only then will we start to see a systemic change in attitudes to building safety. Listen to Gill’s interview in full, on the Safety & Health Podcast.

Peter assess the situation similarly, it appears: “There’s a real cultural, leadership issue for industry to step up and say, ‘this is what we’re going to do’. The only way the industry will change is to own the problem –only then will we see real change to support its membership.”

Once again, collaboration will be key to this. Peter notes there are many companies who have already committed to the new approach. The ‘early adopters’ group, as they are known, started on this journey early on after Grenfell, recognising the need to tackle these problems. One of the roles of the Regulator will be to help share best practice between companies in the sector that promote attitudes that go beyond simply ‘just complying’ with minimum standards.

“We want to get away from the checklist. While it’s important to have technical precautions, these changes are much more about competence, leadership and a holistic management approach to a system – thinking of the risks as an outcome of ensuring a safe building. This requires a very different approach to simply box-ticking that the system is compliant with the minimum standards expected.”

Last time out, we heard from Gill Kernick about the pressing need to improve building safety culture post-Grenfell.

‘Collaboration will be key to implementing cultural change in building safety’ – Peter Baker, Chief Inspector of Buildings, outlines his priorities As part of the Building Safety Bill’s proposals, a new Building Safety Regulator will be developed to oversee the safety and performance of all buildings. IFSEC Global Editor, James Moore, spoke to Peter Baker, the newly appointed Chief Inspector of Buildings at the HSE, who will lead the programme to develop the role.
James Moore
SHP - Health and Safety News, Legislation, PPE, CPD and Resources

“… the principle will now be that that those creating the risk, will manage the risk …”. So it’s back to Robens then …