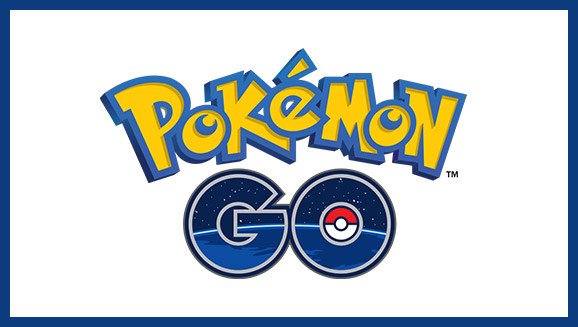 Unless you’ve been living under a rock for the last few weeks, you’ll probably have heard of Pokémon Go – a global phenomenon that, for those of us who grew up swapping cards in the school playground, makes it feel like we’ve made a swift and unwelcome return to the 90s. With one small change: it’s an app.

With millions of people downloading the game in the last week, we ask those burning questions…

Essentially – people use their phones to hunt for cartoon monsters on the streets.

Sounds weird. But why are you writing about this on a health and safety website?

A very valid question – and for a number of reasons.

From claims of the health benefits to gamers, to warnings for players to avoid mine-fields, it seems like the app is throwing up a few potentially unexpected safety issues.

Yes, in Bosnia. According to a Bosnian demining group, about 120,000 mines are still undiscovered since the Bosnian war in the 1990s.

The group is warning users of the game to avoid straying into risky areas.

What about in the UK?

No mine fields that we know of. However, three students had their phones stolen at knifepoint while playing the game in Manchester.

The Greater Manchester Police have warned people of the dangers of using the phone app and urged people to pay attention to their surroundings.

Detective superintendent Joanne Rawlinson said: “We know that criminals move quickly to exploit the latest developments to target victims and Pokémon Go will already be in their sights.”

There is a potential risk for users being out and about, quite late at night, eyes glued to their phones.

The NSPCC has also issued a parent’s guide to Pokémon Go to help keep children safe when they’re using the app.

Its key risk points include:

The NSPCC is encouraging parents to set some ground rules, including playing the game with an adult and encouraging them to stay with friends. 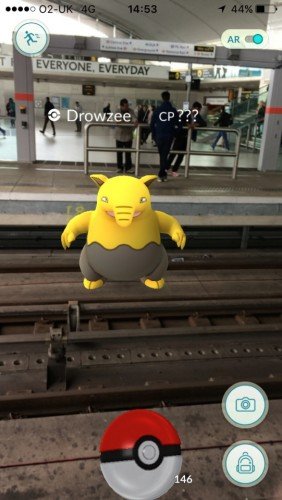 ‘Drowzee’ a Pokemon character on the tracks at Stratford train station

Be aware of criminals and look after children. Got it. Anything else?

People are already picking up minor injuries while playing – players are advised to stop walking when trying to catch Pokémon in order to avoid tripping over.

Also, users have been asked not to play while driving, which you would have thought was common sense. However, Lamar Hickson, a 26-year-old driver in Massachusetts, stopped in the middle of the highway to catch a Pikachu. When questioned by the police he said: “Sh*t, if you wanna catch them all you gotta risk it all, so I put my car in park and started tossing these balls.”

A number of rail networks have got involved as well. Pokémon are everywhere, in the park, in restaurants and the cartoons are even trespassing on the railway.

Signs in Finsbury Park Station are telling players to enjoy the game, but not to risk their lives for it by climbing on to the tracks.

In Bristol, two children were reported to the British Transport Police after they were spotted playing the game on the railway lines on Sunday.

The risks of children (or adults) wandering onto the railway lines while glued to their smartphones obviously present a high risk.

Transport for London has refused to comment on the game but they issue regular reminders to commuters to not try to retrieve anything from the tube tracks.

In Spain, the police have issued safety guidance after two Japanese tourists were rescued from a motorway tunnel in Barcelona after they had wandered in in search of the cartoon monsters.

They warn people not to be distracted by the excitement of catching rare imaginary characters and to remember that safety is paramount.

Last week, two men fell down a cliff in San Diego’s North County in California while playing the game. They were both taken to hospital and it’s believed they may have been consuming alcohol as well as playing.

A teenager has also been killed in what seems to be the first death of someone playing the game. In Chiquimula, about 120 miles from Guatemala City, Jerzon Lopez de Leon, 18, was ambushed and shot while he was playing the game with his cousin Daniel Moises Picen, 17.

Police investigating have said it isn’t clear why the two were attacked, however they speculated that it may have been that the attackers found the teenagers by using the app – as it has location features that make it possible to encourage people to go to specific areas or locate players.

Reports have clearly stated that although this appears to be the first death related to the popular game, there is no suggestions that it had any responsibility for what happened.

Blimey. All sounds like ‘doom and gloom’, is there anything good about this game?

Yes! Aside from being fun (apparently), it’s also been a catalyst to get people moving. You can’t just sit on your sofa and catch Pokémon, you have to get out and get moving around. SimilarWeb, an app analytics website, has said that players are using Pokémon Go for an average of 43 minutes a day.

It’s estimated the number of daily users of Pokémon Go is between 9 to 21 million people, a lot of whom are using the game as a tool to get their children up and out of the house to go on a Pokémon hunt.

And while you can collect fully grown creatures, you can also try hatching some eggs. This requires the user to walk a certain distance – between 2km and 5km for common Pokémon and up to 10km for a rarer one.

Find out WTF Pokemon Go is on our sister website TFM Insights  and read all about the security risks (cyber and physical) on Ifsec Global.

Listen today!
Pokémon Go: a health and safety concern? Unless you’ve been living under a rock for the last few weeks, you’ll probably have heard of Pokémon Go –
Roz Sanderson
SHP - Health and Safety News, Legislation, PPE, CPD and Resources

Monitoring lighting levels on the railway

The electricity generation company who i am currently working with this week issued a safety alert related to Pokemon Go . This stated that there had been multiple incidents of people playing this game trying to access live substations with potentially fatal consequences. Hope fully this will help raise awareness of these concerns.

Bang on Steve – why is this article even being given space in a OH&S website? I would suggest the companies concerned are trying to mitigate any potential compensation claims by NWNF vultures and opportunists.

I for one have no intention of addressing anything other than OH&S at work and let the zombies carry on with their sad lives!

Here is an article my colleague Hannah Stewart wrote about Pokemon Go being revolutionary for Health and Safety:

Whilst understanding the concerns raised with regards to children ,my personal view is that if adults wish to follow like sheep to play such a ridiculous so called game if they fall foul & incur accident or suffer from crime it’s their own stupid fault re contributory negligence.

[…] IFSEC Global recently reported on how Pokemon Go craze has caused alarm in the CIA, Gulf states and among several data security experts. Our sister site TFM has explored the monetisation and marketing possibilities created by this phenomenon, while the SHP considered the health and safety angle. […]