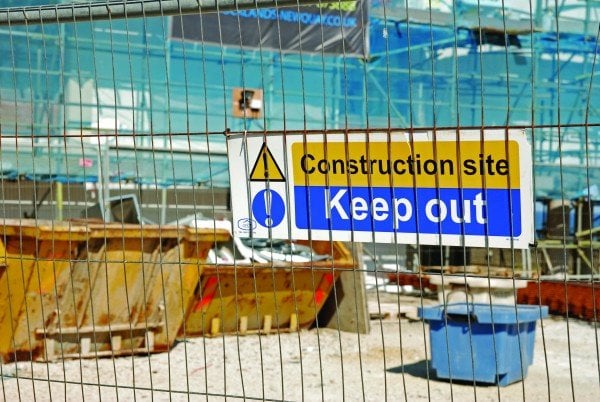 One year on from CDM2015’s introduction and building and his previous article, which raised concern over its application, John Carpenter offers a timely update and some pointers for improvement.

Back in SHP’s December 2014 edition, I highlighted a number of difficulties that construction designers face when applying the requirement, as it then stood, to ‘eliminate hazards and reduce risk’, so far as is reasonably practicable (SFARP). [1]

These difficulties were significant ‘showstoppers’ and arose from too little thought being given to the application of this requirement to designers in the construction context.

The revision of the Construction (Design and Management) Regulations, published in January 2015 (CDM2015), and now in force – HSE’s third attempt to legislate in this area, and its fourth attempt to write guidance – was a golden opportunity to tackle these major impediments.

Whereas other recommendations of the influential Löfstedt report [2] have been meticulously followed through, the recognition that further practical guidance was required with regard to SFARP has been ignored.

The intention of this follow up article is to consider the consequences of this omission and offer a way forward. With this in mind, it is worth looking back over the original article in SHP to appreciate the background. [1]

UK construction can be world-class, for both the large and small-scale project. However, what we are seeing is a major gap opening up between those projects with integrated teams, knowledgeable clients, and a culture which demands ever higher standards, and those which, often through no fault of their own, operate in a somewhat dysfunctional manner.

As was mentioned in the first article, there is no such thing as a unified ‘construction industry’ and as was also pointed out previously, many of the incidents of ill health and accidents occur in the latter, generally smaller project category.

The lack of guidance mentioned at the outset of this article affects every designer, but for those in the top league they generally pass muster by virtue of the strong presence of contractor, knowledgeable client demands and project culture (‘generally’ because, as noted in the original piece and in relation to the comment on the Olympics, that is not always the case). However, for most of the industry, little has changed: it lacks leadership and facility.

The late Lord Bingham, considered by many as one of the 20th century’s finest judges, has said: “…important function of the criminal law is to discourage criminal behaviour, and we cannot be discouraged if we do not know, and cannot reasonably discover, what it is that we should not do.” [3]

This is quoted in the negative, to suit Bingham’s script. However, the message is clear: clarity is required for the proper rule of law. There is no clarity, even after 20 years of CDM, for the construction designer. This has been significantly influenced by HSE’s historical stance of denying that a problem exists, but declining to discuss it in any meaningful manner.

When one considers the make-up of the industry this necessary clarity is even more important. I suggest the hypothetical ‘three person practice in Bury St Edmunds’ as representative of the typical construction designer and would ask the reader to consider the following points against this background.

At a recent meeting, HSE expressed the view that designers should concentrate on the (undefined) ‘big picture’. It is the antithesis of what Bingham was arguing for. One might wonder how that squares with the architects prosecuted over poor access to a plant room [4], or over the use of large blocks. [5] Both relate to detail. Neither the regulation itself (regulation 9) nor HSE guidance mentions or infers such a ‘big picture’ approach. Most occupational safety and health risk occurs in the detail.

Since CDM2007 a great deal of work has gone into explaining the relevance and difference between hazard and risk. Guidance, books, training courses, company procedures have all been written around the use of hazard and risk and the benefits of considering them separately. [6]

The acronym ERIC, used in the CDM2007 guidance, and endorsed by HSE, has been used successfully to provide a practical tool for qualitative risk management. But no longer; without any discussion, or mention within the CDM consultation document, hazards are no more. The industry will no doubt deal with this, but it was an unhelpful and unnecessary move, furthering difficulties in the process of encouraging designers to play a bigger role in risk management.

The new guidance, L153 [7], does little to help the designer understand the process of eliminating risk or, where not reasonably practicable, to try to reduce it. Indeed, two examples quoted, that of moving plant off the roof to ground level (para 86a) and reducing the size of paving flags (para 87a), point designers in a direction and then abandon them, providing no explanation as to how, within the context of real project pressures, the legal requirement is achieved with confidence. Further guidance that I received from HSE this year illustrates the problem industry faces.

In answer to the need for further explanation (specifically, in the case when a risk-mitigated solution costs more than an unmitigated solution, asking at what point does the extra cost become ‘disproportionate’, and hence need not be adopted), HSE has stated: “Obviously, the tipping point will depend on the specific circumstances involved with the design e.g. the size and complexity of the project, the risks involved etc. The level of effort on the part of the designer would also depend on the individual circumstances of the project.

“HSE is not persuaded that this [further] guidance is necessary and may be more limiting than helpful to clients and designers – as it would seek to define, whereas HSE believe that a pragmatic approach is more helpful – where all the variables of any given situation are considered by the professionals and clients in determining what is a proportionate response to mitigation or control of risk.” [8]

One has to ask – in what way does the size of a project affect the degree of acceptable risk? What are these ‘individual circumstances’? What are the ‘variables’? How does the designer identify them? Also, supposing it is possible to do all that has been suggested, what does one do with them to determine a ‘proportionate response’?

This mantra supposes that the design team will collectively gather to consider the ‘variables’ for each risk encountered (including, it implies, contractor-appointed designers – along with temporary works designers – with whom there is no contractual link with the client).

However, this is an impractical solution, which indicates a lack of practical understanding of contract, liability, PI cover, time and all the other real project pressures. Furthermore, it proposes that the client becomes involved in deciding what satisfies the law in a highly technical situation.

How does Mr Jones (a busy greengrocer that wishes to extend his premises), as client, handle a discussion on whether or not to use smaller paving slabs, from a manual handling perspective, or whether to split a steel beam into back to back channels, to reduce weight, when both examples involve additional cost over the do-nothing situation? Such a client will expect a compliant solution derived by those whom he is paying for construction expertise.

There is a worrying trend here in thinking that a team discussion is the way to resolve these issues. While we all accept the many shortcomings in team behaviour (lack of communication, co-operation and co-ordination), one thing that teams do not, and cannot do is make collective risk-based decisions. Decisions are made by the discipline owning the risk (albeit assisted by others where their disciplines impinge) for reasons of contract, liability, competence and clarity of responsibility.

There is no available solution to the current legal requirement embedded in regulation 9. Without the control and sign-posting necessary for goal-setting legislation to work effectively the regulation is unworkable. The formal guidance fails to tackle this; recent advice from HSE adds further confusion. Consequently, we need an alternative approach, as suggested in the previous article, at least in the short-term.

The proposal, already put before HSE, is to identify clearly defined sectors e.g. domestic basements, new housing, refurbishment, known to be of legitimate concern to HSE and others.

To then canvass the users (clients and others), principal designers and constructors (primarily sub-contractors as it is they who suffer from any design shortcoming) in order to determine any key concerns they have regarding the risk management performance and information provision from designers.

Taking the most common concerns in each group, guidance can then be written to illustrate the necessary actions that are to be taken by those involved in design. I have successfully canvassed parties in the past to determine any concerns, albeit in relation to general steelwork design issues. [9]

Two examples have already been written. These were not the result of canvassing but instead were chosen to expand and complete the examples given in L153, quoted above, given their shortcomings. These are both published on the ICE website. [10] Such guidance coming from an authoritative source, such as ICE, should be persuasive; more so if endorsed by HSE.

The extrapolation of traditional section 3 obligations, through the specificity of CDM, without adequate consideration and guidance, continues to create unnecessary difficulties.

The previous article outlined the background obstacles. In this second part, an analysis of CDM2015, and subsequent statements from HSE, indicate that these deficiencies have been ignored or poorly dealt with.

It is a legitimate comment, after some 20 years, to argue that with authority comes responsibility: a responsibility to provide clarity for the ‘rule of law’. Industry has offered to assist and has started the process by producing the two guidance sheets cited above. These do not solve the underlying problem but are a pragmatic and directly applicable step forward. Industry needs to speak. HSE needs to act.

John Carpenter is a consultant

Listen today!
Moving forward on CDM2015 One year on from CDM2015’s introduction and building and his previous article, which raised concern over its application, John Carpenter
Safety & Health Practitioner
SHP - Health and Safety News, Legislation, PPE, CPD and Resources

MHE training and safety, by the book

MSDs in the agriculture sector: From identifying the risks to adopting preventive measures